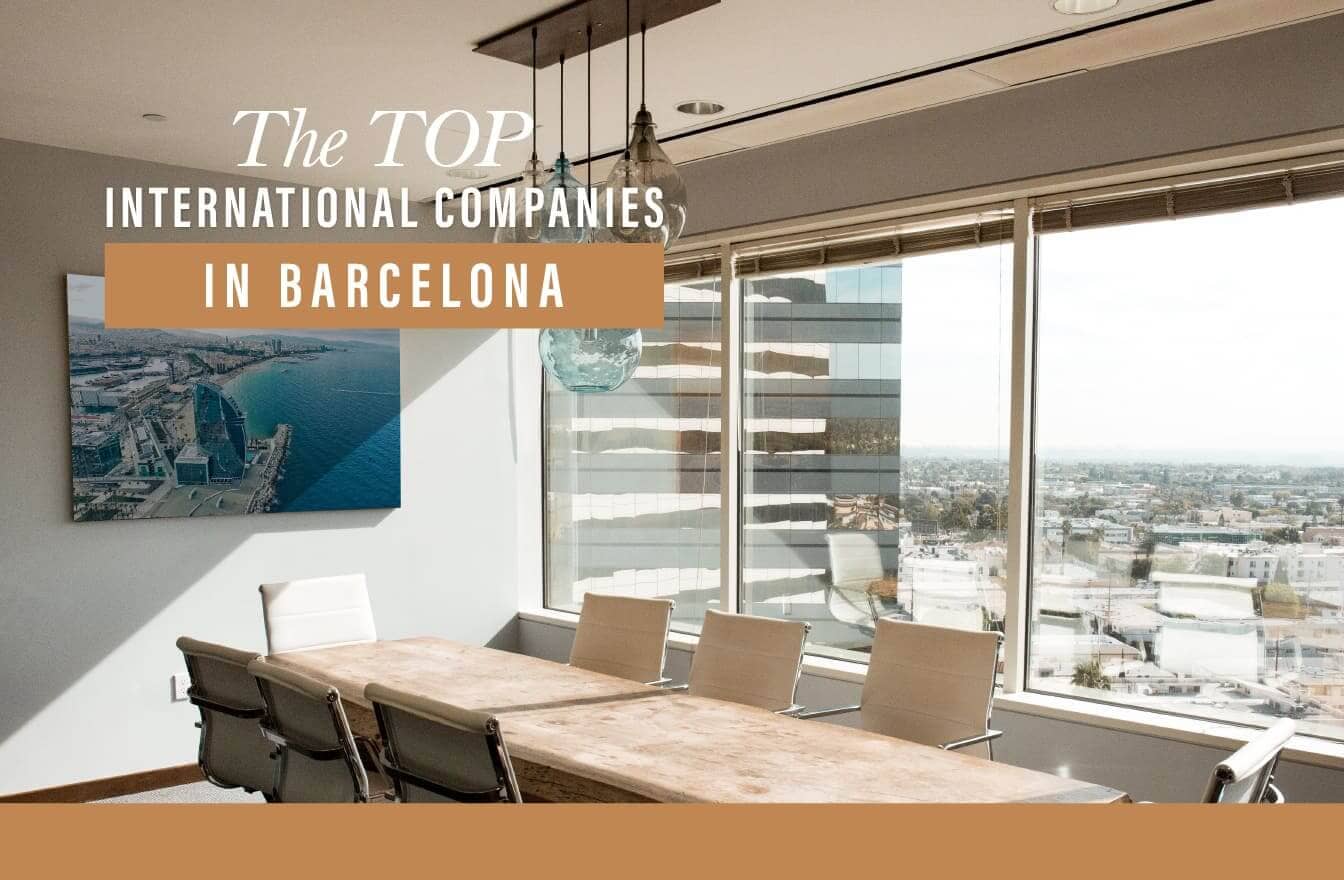 Barcelona is now a magnet for international talent. In the past few years some of the world’s leading multinational companies have chosen the Catalan capital as a base thanks to the city’s low cost of living, cheap rents and competitive salaries as well as its excellent infrastructure and the unparalelled lifestyle it can offer its employees. The 22@district in Poblenou is a hub for technological innovation and is also home to research centres and numerous start-ups. Thanks to a rise in the number of workers (estimated at around 100,000 since its launch in 2000), this regenerated area, and other districts where multinationals are based, have seen notable increases in the numbers of people looking to buy and rent.

Here we look at some of the multinational companies in Barcelona, all of which add to the city’s dynamism and enhance the city’s role as a leading player in attracting talent from all over the world.

US e-commerce giant Amazon has based one of its five logistics centres in Spain in El Prat de Llobregat, close to Barcelona’s airport. Measuring 60,000 square metres, the centre employs around 1,500 people. The company`s artificial intelligence investigation centre, the seller support hub and the support centre for Southern SMEs are all located in the 22@district and its Prime Now centre is situated in Eixample. Its latest distribution centre is located in Barberà del Vallès, where it is currently pioneering ‘Pegasus’, a robot used to acheive greater efficiency in the distribution process. Catalonia is also home to Amazon’s logistics warehouse in Martorelles and another logistics centre specialised in Amazon Pantry in Castellbisbal.

Facebook’s centre of operations for combatting ‘fake news’ (Competence Call Centre or CCC) has been based in the Torre Gloriès – the skyscraper designed by the architect Jean Nouvel – since the beginning of 2018. The social media giant takes up eight floors of this emblematic building and employs around 500 workers. Owned by Merlin Properties who bought the tower from the Agbar group for €142 million, the tower underwent a recent €15 million refurbishment. The main goal of Facebook’s Competence Call Centre is to remove hate speech, violent content and fake news from its pages.

Launched 20 years ago, eDreams is now part of the ODIGEO group and is Europe’s largest online travel agency and one of the world’s largest eCommerce businesses. Under its four online travel agency brands – eDreams, GO Voyages, Opodo, Travellink and the search engine ‘Liligo’ – eDreams ODIGEO claims to offer the best deals in flights, hotels, cruises, car rentals, holiday packages and travel insurance. It currently reaches around 18 million customers across 46 markets. Based in Carrer de Bailèn in Eixample, eDreams ODIGEO is also listed on the Spanish Stock Market.

This multinational tech company, responsable for more than 20 video games including Candy Crush and Farm Heroes, has its European Headquarters in the 22@ district. Their offices occupy six floors (6,700 square metres) of a building owned by Colonial and the company currently employs around 600 people of 45 different nationalities. King are one of 140 video game companies based in Barcelona, which together employ around 3,000 young people covering a range of skills including marketing, finance, design and programming. Every month an estimated 260 million people play games created by King on their mobile phones.

There are also many more international companies either already based or planning to relcoate to Barcelona, all wanting a piece of the talent and lifestyle that the Catalan capital offers.