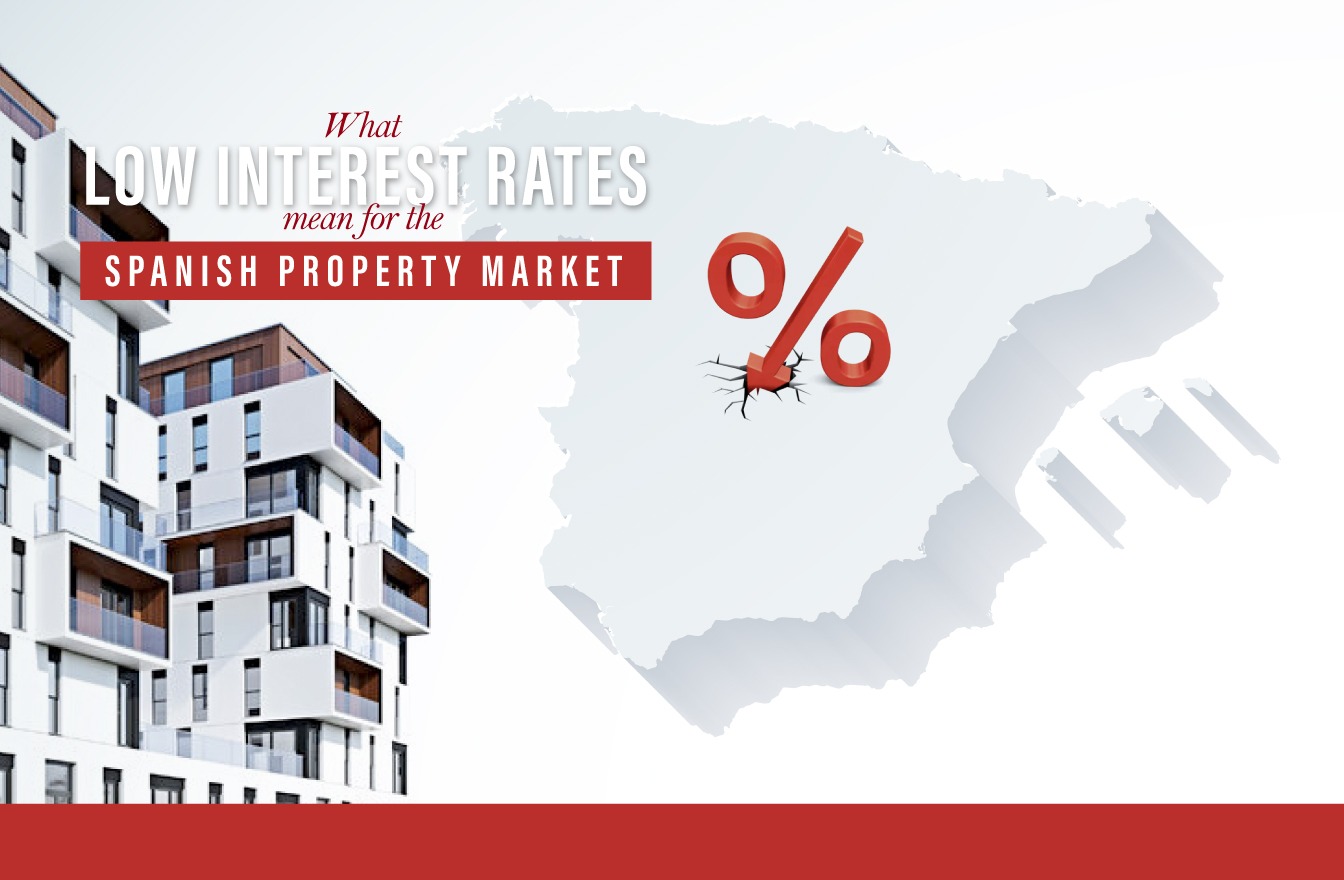 If you are thinking of buying or selling a property in Spain, it is worth knowing what effect the rise and fall of interest rates has on your next move. In the last few years, low interest rates have meant more prospective home buyers entering the Spanish property market. Besides, from a seller’s perspective, it is worth considering selling during an environment when interest rates are low.

Just to be clear, an interest rate is the percentage charged on the amount of money you borrow (or save). Euribor is the acronym for the Euro InterBank Offered Rate. Published by the European Money Markets Institute (EMMI), the Euribor is an average of the rates at which European financial institutions lend money to each other over a specific period. 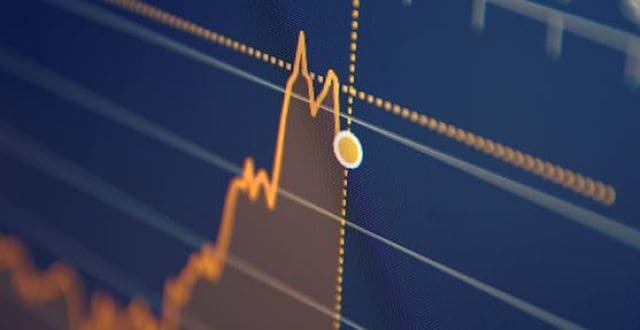 The 12-month Euribor rate is the rate used by Spanish banks to calculate their mortgage rates and it currently stands at an historic low (-0.478 at the time of writing).

Many banks in Spain are now only offering fixed interest rate mortgages to those borrowers who are earning in Euros, as a result of a relatively new rule introduced by the Bank of Spain, whereby borrowers can convert their mortgage to one in their home currency if that currency drops by more than 20% against the Euro after the mortgage is signed.

However, if you are not eligible for a fixed rate mortgage then the good news is that as the Euribor is so low at the moment and considering the low margins being offered by banks, it is actually a great time to apply for a variable rate mortgage. Banks are offering variable rates as low as Euribor + 0.9%, which in real terms, when the negative Euribor is applied, results in a real rate of just 0.422%.

The Euribor has been in negative territory since early 2016. At the beginning of 2020 its trajectory was heading towards 0% and it seemed like it might return to positive territory. However, when the Covid-19 pandemic really began to take hold in the middle of 2020 it began to fall again and it looks as though it will remain low for some time, with some experts predicting this could last until 2031. In the last 10 years the Euribor has only been above 2% for a period during 2011, from March to December, before it began to fall to where it is today. 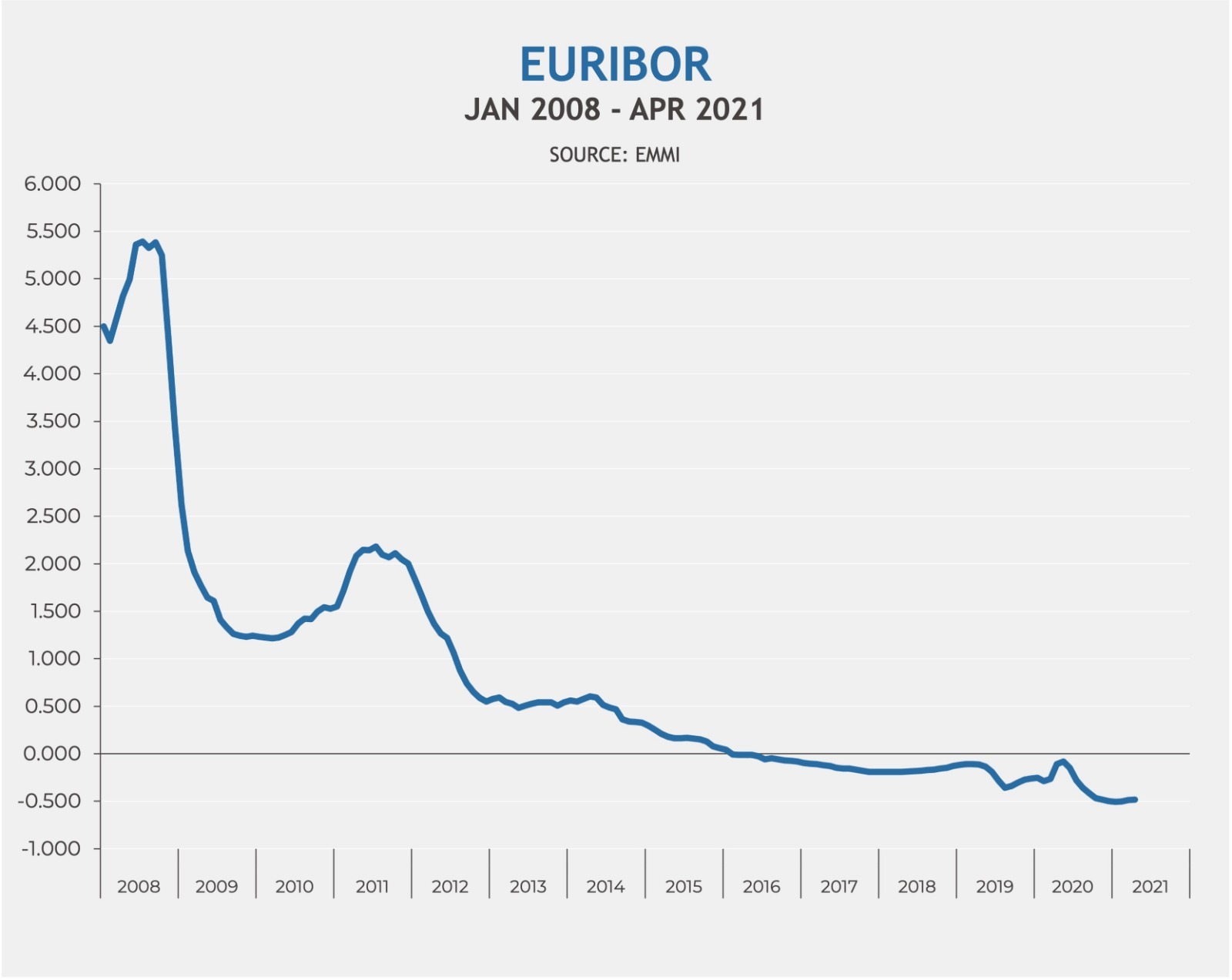 Looking further afield, the United States is, however, already considering an increase in interest rates in order to keep the economy from overheating, a move that could well be taken by other countries in time. Nevertheless, before this happens there is still plenty of time to take advantage of the current low interest rates being offered for both fixed rate and variable mortgages.

If mortgage rates rise, however, the effect on the property market from a rental investment perspective can be positive. Demand for rental properties will increase because fewer people can qualify for mortgages and fewer transactions will take place. That said, “rising interest rates can sometimes reduce prices, so from a seller’s perspective, it is worth considering selling during an environment when interest rates are low”, adds Mr. Nathurmal.

What will happen with interest rates in the future?

Trying to predict which way interest rates will move can be challenging but there are some strategies.

“There is a lot of talk of inflationary pressure and possible rising interest rates right now, but it remains to be seen whether rates will rise significantly in Europe, given that the economic effects of the pandemic are yet to be fully felt here and there are many economies in the EEA (European Economic Area) where recovery rates will vary greatly in strength, so sudden or sharp interest rate rises seem less likely,” comments Kevin Monger of Mortgage Direct SL.

“Variable rates are looking very attractive and at the same time refinancing of mortgages in Spain is becoming more common, so it may be possible to take a variable rate mortgage and then switch to a fixed rate at a later date,” adds Mr Monger.

Interest rates are not the only factor that can influence the property market – location, local economies and population trends can also impact on property prices. “Taking into account all the different scenarios involved in buying and selling a home, it is essential to work with a reputable real estate agent to ensure you make the right decision at the right time. And now it is a perfect moment to buy or sell a property in Barcelona”, concludes Francisco Nathurmal.