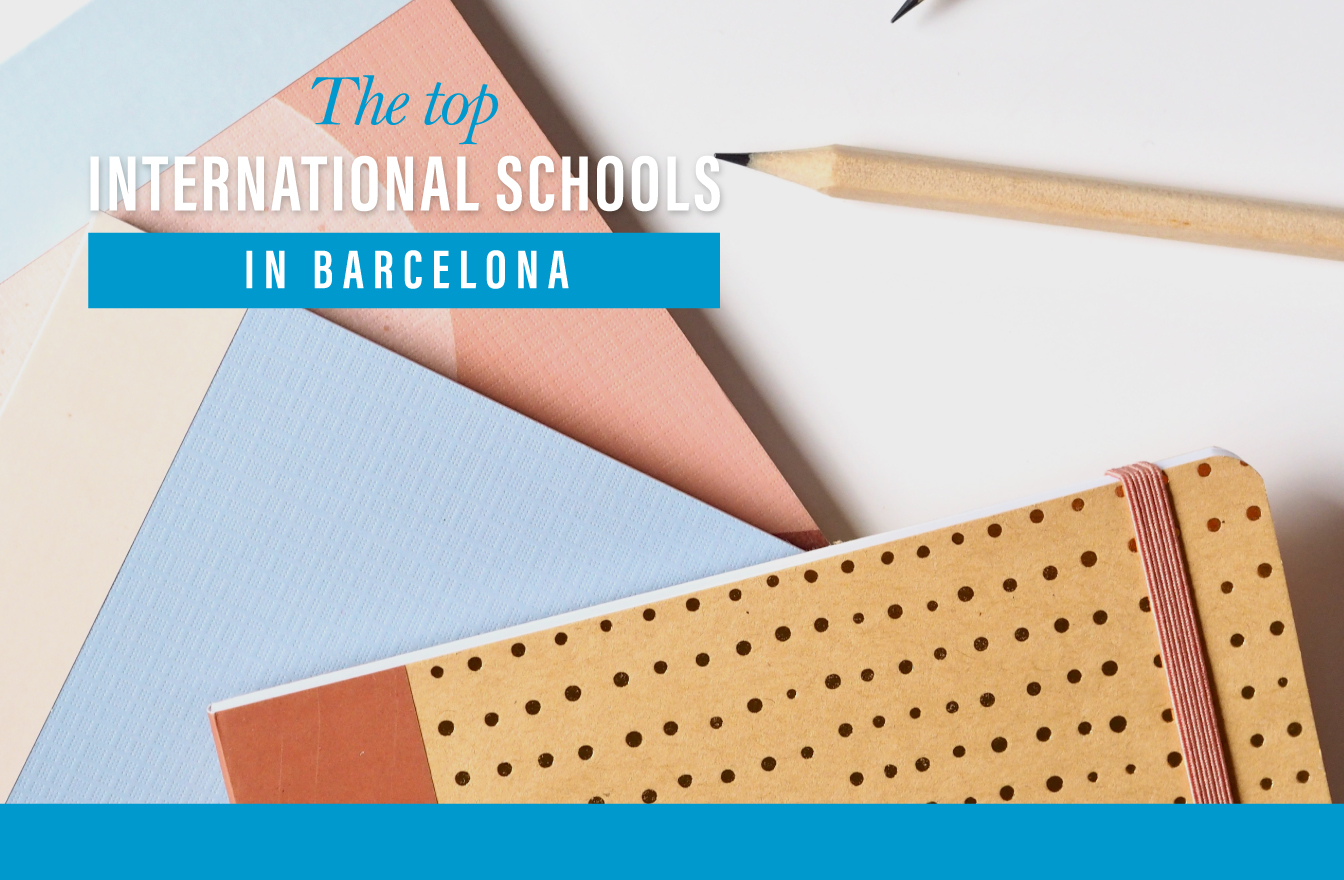 One of the most difficult decisions a parent has to make is where to send their child(ren) to school. It is often more of a challenging situation when living outside your home country. Most foreign parents who have chosen to settle in Barcelona opt to send their children to an international school for a variety of reasons – from familiarity with the school system and language to better quality of teaching and good exam results.

Some foreign parents also move around from country to country and an international school environment is generally easier for children to adapt to.

There are numerous excellent international schools in and around Barcelona catering for students of many nationalities including American, British, French, German, Italian, Japanese and Swiss schools.

These schools are classified as international, but most of the students tend to be local so foreign students are more exposed to Spanish and Catalan through their classmates. After primary school from ages 6 to 12, all students are taught the Compulsory Secondary Education curriculum (ESO) from ages 12 to 16 and then from 16 to 18, they can study either the Spanish Bachillerato or International Baccalaureate if they are considering going to university outside of Spain.

Anya van der Drift of My Barcelona School says that choosing the right school depends on what parents’ priorities are for their child’s education.

“A school that is a perfect fit for one child may not be the right fit for yours. Since schools in Spain do not have the same ranking system as in other countries for families that come from overseas, it can be difficult to determine which ones are the ‘good’ schools. In order to find the best school for your child, you should think about what your priorities are. Priorities could include, for example, access to languages, qualifications gained, the culture of learning, pastoral care, facilities etc.”

Anya recommends visiting the school more than once at different times of the day; looking at online reviews and reaching out to families who send their children to the school; looking at exam results (normally on the school’s website); finding out which associations the school works with and which organisations inspect the school. 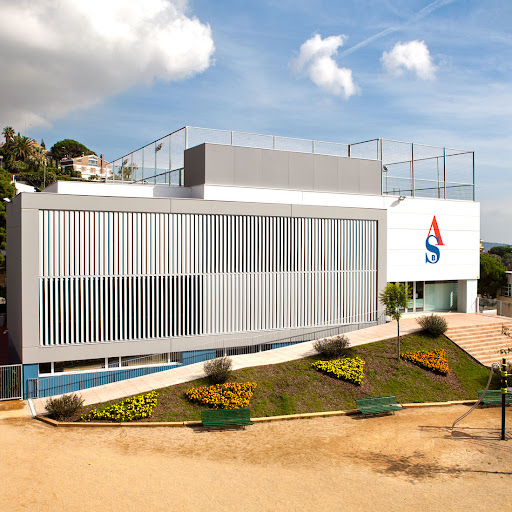 The advantages and disadvantages when comparing international schools to local schools are here summed up by Anya: “Advantages could include: international student body; global perspective; opportunity to be immersed in a specific language; smoother access to foreign universities; good facilities. Disadvantages could include: high tuition costs as well as other additional costs associated with the school (such as entrance fees, materials, insurances etc); lack of diversity; lack of exposure to the local customs and traditions; lack of exposure to the local languages(s), which might hinder your child’s ability to integrate into the local school system later on.

What I love about the schools in Barcelona is that there are so many schools to choose from which have their own cultures, learning styles and languages of instruction. It means I have a wide range of schools to offer the families I work with.”

The TOP international schools in Barcelona

The American school of Barcelona

Founded in 1962, The American School of Barcelona (ASB) is a private, international, non-profit, co-educational day school for kids from 3 to 18 years old. All graduates earn an American diploma but the majority choose the IB Diploma Programme.

In recent years students have successfully gone to some of the world’s top universities including Oxford, LSE and Stanford. ASB students come from 55 different nationalities, with the most represented being Spain, the US, the UK, Germany and France.

Founded in 1986, Benjamin Franklin International School (BFIS) is an American school in central Barcelona. The school has around 700 students from 3 to 18 years old with more than 50 nationalities represented.

Lessons are taught in English and offer an adapted American curriculum. There are three diploma programs to choose from: the International Baccalaureate, Spanish Bachillerato and American High School diploma.

The British School of Barcelona

Founded in 1958 and part of the global Cognita schools group, The British School of Barcelona has consistently been a leading international school in Spain. In 2021 they opened their new Barcelona City Campus in Sant Gervasi in addition to their three schools in Castelldefels and Sitges.

Their mission is to educate and develop well-educated, enthusiastic, wise and confident leaders.

Located in Pedralbes and founded in 1966, Kensington School is one of the oldest British International schools in Spain. Students can attend the school from 3 to 18. In 2021, 70% of students studying A Levels got an A* or A and there was a 100% overall pass rate.

With the exception of French and Spanish teachers, all other Kensington School teachers have had previous experience in the UK.

Founded in 1964, St. Peter’s School offers infant, primary and secondary education through the age of 18 where the IB is also available. St. Peter’s has 650 pupils, of which approximately 75% are Spanish.

Their mission is to design and run an educational model that provides students with the knowledge and capacities needed to embrace the world’s biggest problems and build a better future for all. They also aim to develop a student’s sense of purpose while understanding who they are as unique individuals.

Oak House follows the UK National Curriculum in primary school and the Spanish curriculum in secondary school. Secondary pupils are also prepared for Cambridge IGCSE exams in English, in a range of subjects and the school also offers the IB. Oak House is a member of the European Council of International Schools and British Council accredited.

The British College of Gavà

The British College of Gavà (BGC) is situated in Gavà Mar, around 20 minutes from Barcelona city. Students comprise more than 25 nationalities, who learn English, Spanish, French and Catalan from day one. 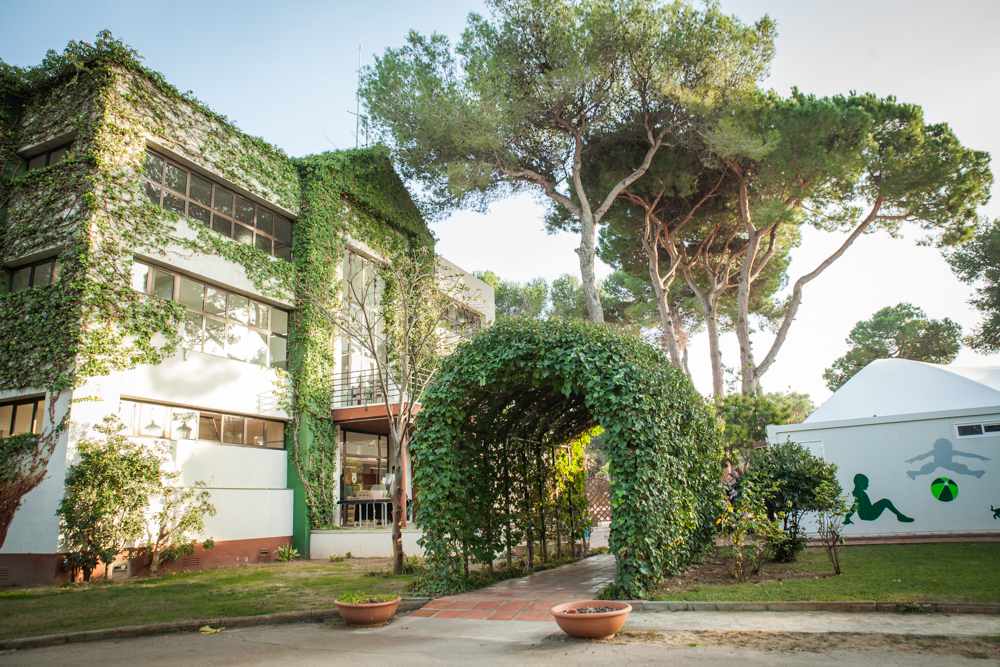 Cultural co-operation, sustainability and respectful and rewarding relationships are placed at the centre of their approach. Critical Thinking is also highly valued.

Following the British curriculum and located in Sitges, The Olive Tree School is a small primary and secondary school. Their mission is to give studentsa a strong sense of independence, optimism and resilience. They only accept children with a high level of English and have a maximum of 12 children per class.

St George’s School Barcelona also follows the UK curriculum for children aged from 2 to 18 years. All St. George’s Schools are members of the prestigious National Association of British Schools in Spain (NABSS).

Based in Montgat, around 20 minutes from central Barcelona, Hamelin-Laie International School  offers nursery through secondary education from 0 to 18. It follows the Catalan curriculum but teaching is trilingual (English, Spanish and Catalan).

Around three quarters of its students study the IB and are accepted into some of the world’s top universities. It has excellent sports and cultural facilities including an outdoor amphitheatre overlooking the Mediterranean.

German families have BCN Kinder Gothic Quarter, a nursery for children aged 1 to 6 years old in the heart of downtown and The Deutsche Schule Barcelona (DBS). There is also the Swiss School of Barcelona in Plaça de Molina and Zürich Schule Barcelona is a small private school currently teaching in four languages.

Other options for international schools in Catalonia for multilingual families from different backgrounds include The “Scuola Italiana di Barcelona” and a Japanese School, the “Colegio Japonés de Barcelona”.

Digital Nomads and the Barcelona Real Estate Market
Foreign buyers start to return to Barcelona
Could foreign buyers hold the key to the post-Covid recovery?