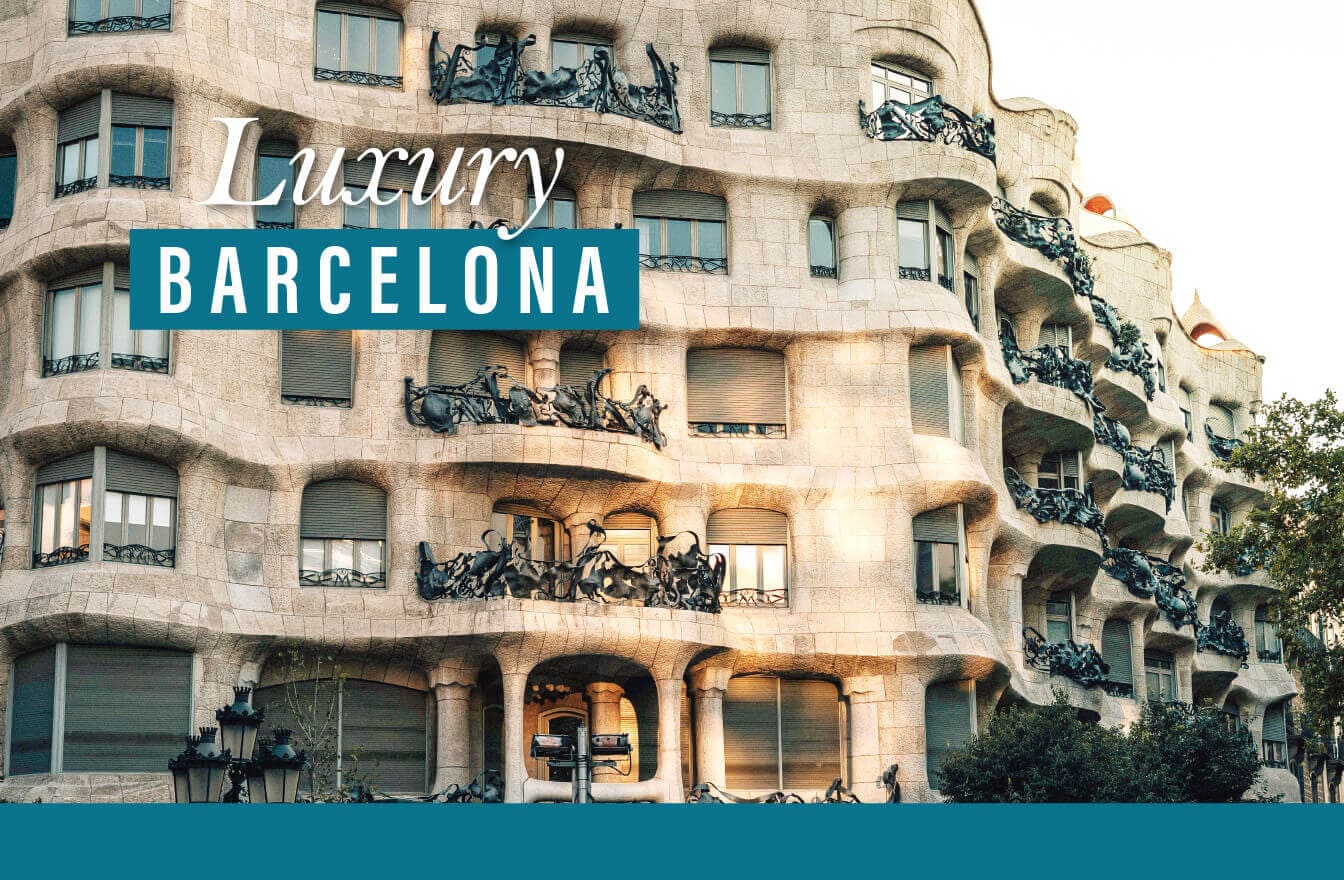 30 years ago it would have been almost unthinkable to associate the word ‘luxury’ with the city of Barcelona. The Catalan capital was still reeling from 36 years of Franco dictatorship, had its back turned to the sea and was certainly not on the radar for discerning tourists looking for a cultural city break.

The end of dictatorship and the arrival of democracy was the catalyst for a series of small, locally focused, urban projects, which helped bolster the city enough to win the 1992 Olympics. This led to the biggest urban transformation of Barcelona since Ildefons Cerdà’s creation of the Eixample in the 19th Century.

Rundown factories were replaced by an Olympic village, with new residences. Barceloneta beach was extended to the north, opening a huge stretch of renewed waterfront to residents and tourists. The Olympic Port was built to accommodate increased tourism, new roads were constructed and the city began to have a more international outlook.

Here we look at some of the factors contributing to this phenomenal transformation, from Barcelona’s award-winning gastronomy to its much sought-after lifestyle.

Barcelona offers a burgeoning culinary scene, currently boasting 22 Michelin starred restaurants and is one of the leaders in cutting-edge globally-inspired cuisine. This movement is spearheaded most notably by Jordi Cruz, head chef at the three Michelin starred ABaC. Awarded his first Michelin star at the age of just 24, he has crafted an exceptional menu, with diners coming from all over the world to sample its delights. Other gastronomic highlights in the city include the innovative Moments (two Michelin stars), Disfrutar, headed up by former chefs from El Bulli, Koy Shunka, a pioneer in creative Japanese cuisine in the Barrio Gótico and Enoteca in the Hotel Arts, which also has two Michelin starts.

Over the past decade, Barcelona has gained a reputation as a vibrant hub for FinTech industries. Google recently announced it would be doubling its workforce in the city and is joined by other major tech players such as Amazon, King and Facebook. WeWork, Nestlé, Visa and Cisco are other key international companies choosing Barcelona as a base thanks to its qualified workforce, great lifestyle, good communications and cheaper rents, bringing with them a plethora of international talent. Barcelona’s top business schools ESADE and IESE also provide an enviable talent pool. The former industrial area of 22@ in Poblenou, where many of the FinTech companies are located, has been often touted as Europe’s new Silicon Valley.

Barcelona is continually ranked among the best cities in the world for its quality of life, as well as for safety. It is a city that is at ease with itself, offering an enviable Mediterranean climate, superb urban beaches, green spaces and locally produced food.

Barcelona boasts a wealth of upmarket services and amenities including leading international and private schools, excellent hospitals, designer fashion brands, high tech gyms and luxury spas. Its communication links continue to improve every year and include the AVE high-speed train service, which links Barcelona to Spain’s other major cities. and there are increasing numbers of direct flights arriving at Barcelona’s international airport from Asia and the US. Open-mouthed tourists are often spotted viewing some of the world’s biggest yachts moored at the city’s revamped Superyacht marina, Marina Port Vell.

For the first time, Barcelona offers property that compares with the best in London, Paris and New York. In the province, the prime property market (sales above €900,000) has grown by nearly 180% since 2013, and these luxury homes offer excellent value for money when compared to other major European cities. Residences in Eixample, the Zona Alta and Diagonal Mar have become highly desirable, particularly among international buyers. Many of these properties are newly constructed or have been meticulously renovated by some of the world’s leading architects (Barcelona continues to be an architect’s Mecca).

Barcelona will also soon become the first European city to be home to the branded Mandarin Residences, located where Passeig de Gràcia and Avinguda Diagonal intersect. They are due to complete next year.

Nobu Hotel’s third outpost in Spain, following Ibiza and Marbella, also opened earlier this year, describing itself as the ‘ultimate playground among design hotels in the city centre’.

In short, nearly 30 years on from this major regeneration, Barcelona is now a global brand and arguably also a leading luxury destination. As a matter of fact, in a recent survey by top consultancy firm Resonance, Barcelona was ranked Europe’s third best in which to live and work.

Could foreign buyers hold the key to the post-Covid recovery?
The Barcelona Property Market Q1 & Q2 2021
How Barcelona will continue to be a key hub for international buyers