The investment programs to achieve the ‘express residency’ have been a vehicle to replenish the public funds of impoverished governments facing the crisis, especially in southern Europe.
Our country joined the initiative of the ‘Visados de Oro’ or ‘Golden Visa’, in the summer of 2013, in the hope of attracting foreign investors by the allure to move freely through European territory.

What is the Golden Visa

The called Golden Visa or Visa Residency is nothing more than a residence visa for non-EU citizens who make a real estate investment in Spain with a minimum investment. So, it’s possible to get a Barcelona permanent residence permit or, in another words, Barcelona residency visa through a Barcelona visa application form.

In other words, this formula allows access to the benefits of a residence permit in exchange for an economic investment, making possible to immigrate to Barcelona with a Barcelona long term visa. It is an attractive measure but it has not been or has not had the expected or foreseen effect.

How to get a visa in Barcelona? In Spain, investors are required a minimum investment of EUR 500,000 (taxes not included), a million in deposits or actions, or to promote projects of “general interest”. However they do not have the obligation to reside in the country, although they need to visit it once a year. These are the Barcelona Visa requirements, instead of getting a Barcelona tourist visa. 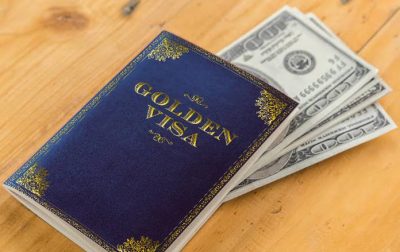 Current data shows that in the first 15 months of its operation, this initiative has been used at state level only by 530 international investors, with the outcome of 446.8 millions of Euros in investment, of which only 369 have been use to the acquisition of property and to apply for Barcelona visa or Barcelona retirement visa.

According to the National Institute of Statistics, 830,000 properties have been sold during the program, but only 490 have been through the Residence Visa.

Golden Visa in Europe and other countries

The success of countries such as Portugal, which almost tripled our figures, is the result of the best conditions offered to the investor. With a similar investment (560,000 Euros) Portugal only requires to investors a stay of one week during the first year, in addition to increasing the residence permit to 5 years, compared to the 2 years offered in Spain, and to have the possibility to become naturalized citizens through it.

In other European countries, such as Cyprus and Malta, you can obtain the immediate citizenship through investment of 2.5 million Euros, with the right to work or live anywhere in the EU, as well as easy access to the USA and other western countries. In Greece, for example, you only need an investment of 250,000 Euros, which is the value of an apartment in the center of Athens.

However, in the case of the United Kingdom, you require 3 million dollars for a residence of up to 5 years, and must live in the country for at least half a year. These countries, including the USA, which requires an investment of a million dollars and the creation of 10 full-time jobs, can afford this exclusivity in their programs because they have remained somehow away from the crisis, as well as for the cultural and educational programs they offer.

The greater part of investors has been Chinese and Russian, followed by citizens of Iran, Lebanon, Qatar, Egypt or Jordan, among others. In Portugal, with the Visa initiative in operation since 2012, the Chinese have brought an injection of more than a billion Euros to the Portuguese economy, having issued 80% of their Golden Visa to citizens of this country.

This program of visas and residency has been subject of controversy, because of the priority given to the rights of investors compared to immigrants without wealth.

Other interesting facts about Visa Residency

Regarding Barcelona visas for us citizens or Barcelona visa for green card holders, economists challenge if wealth newcomer actually provides an economic boost. Others argue that they are conduits to import organized crime to the European Union, so that even the European Parliament has misgivings about this type of programs.

Nevertheless, while some people dislike these initiatives, European governments are doing all they can to attract new investors to invest millions to economies outside their countries of origin and support immigrating to Barcelona.

Regarding Barcelona visa requirements for US permanent residents, our country is analyzing the autonomic barriers we are facing to the internationalization and investment attraction, on a report that intends to submit by autumn. Although its main priority -so full of controversy as the Golden Visa, although more opaque- it is the Transatlantic Trade and Investment Partnership with the United States (TTIP), which was intended to close in 2015.