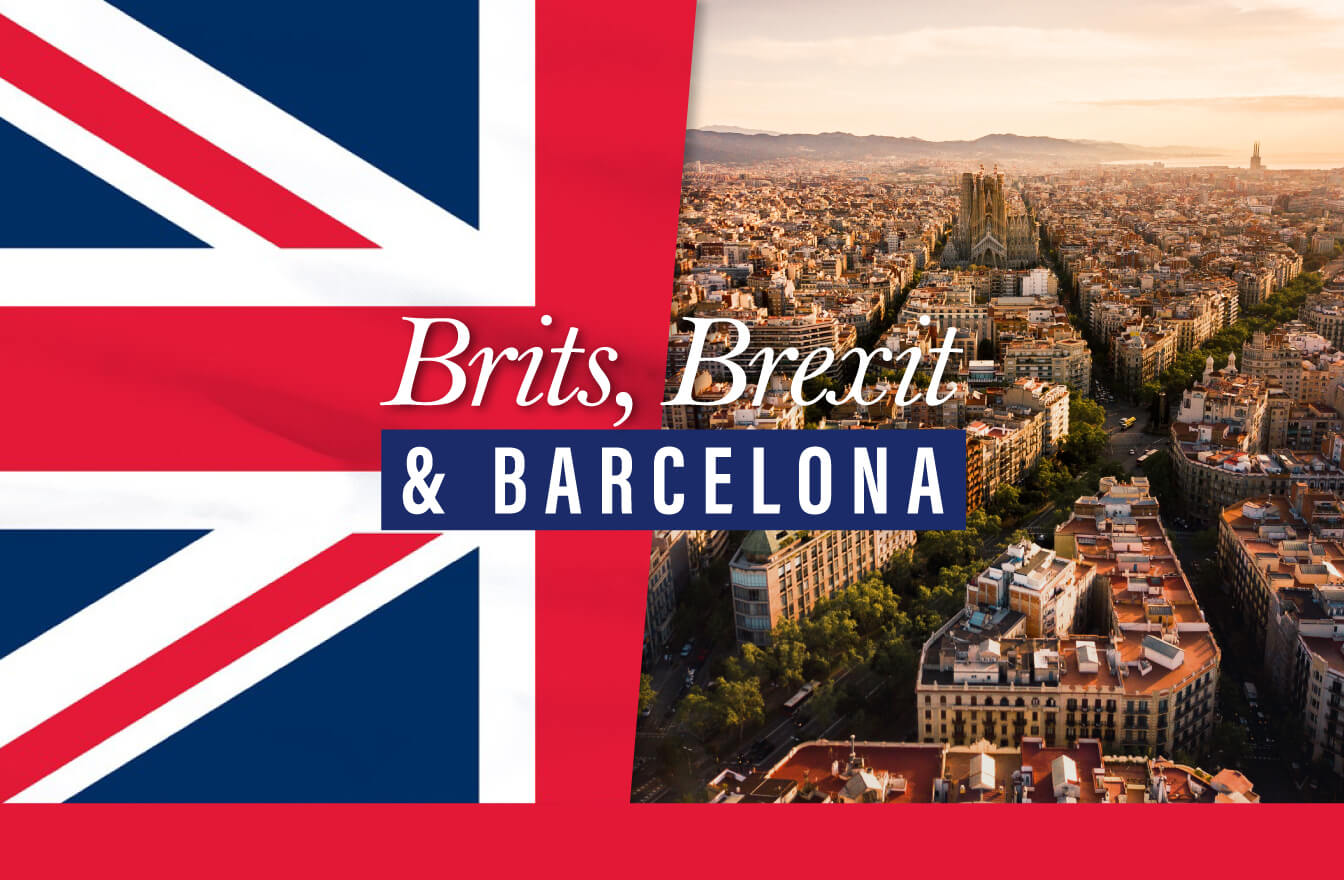 Brexit. A word that has dominated British politics for more than three and a half years. The political landscape in the UK was changed forever since June of 2016 when 52% of British citizens voted to leave the EU in a referendum, and now, it seems, Britain’s departure is finally in sight.

Following an overwhelming victory by UK Prime Minister Boris Johnson’s Conservative government in the elections on 12th December, the latest Brexit deal was finally passed in a second reading by 358 votes to 234 last month. If the next stages go to plan, the European parliament is expected to ratify the withdrawal agreement on 29th January, paving the way for the UK to leave the bloc two days later.

This will just be the beginning, however. Months of trade negotiations will take place between the UK and the EU as well as its new trade partners over the next twelve months. The British people also need to come to terms with what Brexit will mean to them on both on a personal level and on a wider scale. All this is yet to be finalised.

With Britain’s exit from Europe looming, there comes to an end months of uncertainty over whether there will be a second referendum or an extension to the date of the UK’s departure. Neither is now likely, bringing with it a renewed confidence for both Britain’s citizens and businesses.

British buyers both in the UK and in Spain have been hesitant about purchasing property during the years of Brexit uncertainty. Annual house price growth in the UK has slowed to the lowest pace in six years, according to one of the country’s biggest mortgage lenders.

Looking at the trends in Spain, from 2016 (the year of the referendum) to 2018, the number of Brits purchasing homes decreased in nearly all key areas popular among UK buyers. They went down by 6.4% in Andalucía, by 13.4% in the Balearics, by 16.8% in Catalonia and by 15.3% in the Canaries. Interestingly, the number of British buyers increased in the Valencian Community by 8.2% and in the Community of Madrid by 46.7%, suggesting that Brits were looking for alternative European property investment hubs during this period. Looking specifically at Catalonia, the proportion of Brits among foreign buyers decreased from 4.4% in 2016 to 3.3% in 2018. 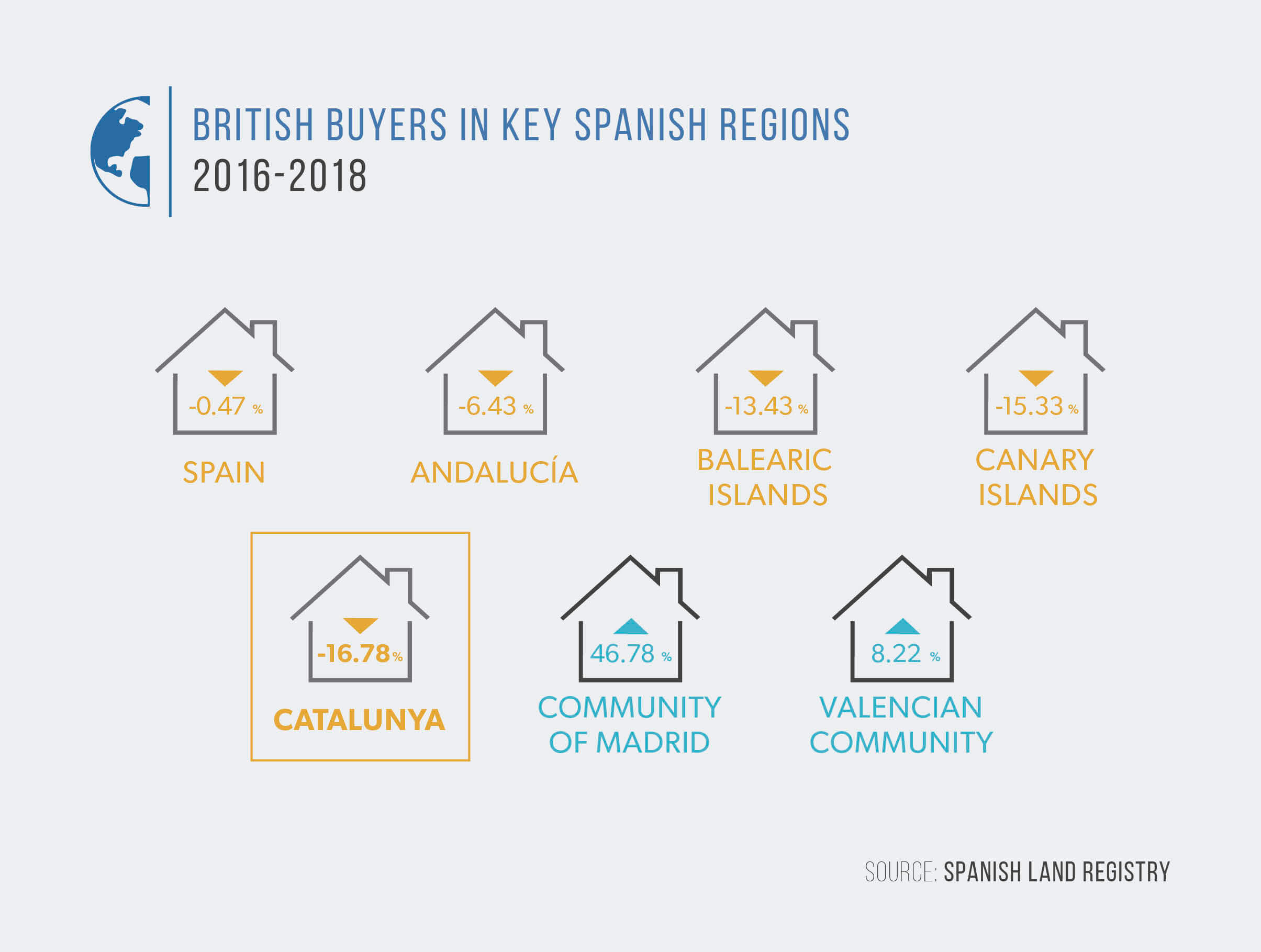 It is unlikely that Spain will single out UK citizens for non friendly treatment given the number of Spaniards living in the UK that would be vulnerable if there was no reciprocity. It is in everyone’s interests to cooperate.

The recent renewed confidence in Britain’s economy is expected to boost Britons’ buying habits both in the UK and in Spain. UK financial markets have jumped, no doubt encouraged by the clarity that the election victory and Brexit has brought. A softer Brexit could be more likely as Boris Johnson no longer has to rely on the hardcore Eurosceptics for support, which will be better for British expats and also immigration regulations. The Pound has risen to around 1.20 GBP/EUR following the election result, the highest it has been since the end of 2016. This should encourage British buyers in Spain who have been deterred by the weakening Pound in the last three years. Those who have put their buying plans on hold could also now be motivated to renew their search. And for those who voted Remain in the referendum, the ímpetus to relocate to Spain may now be even greater… watch this space!