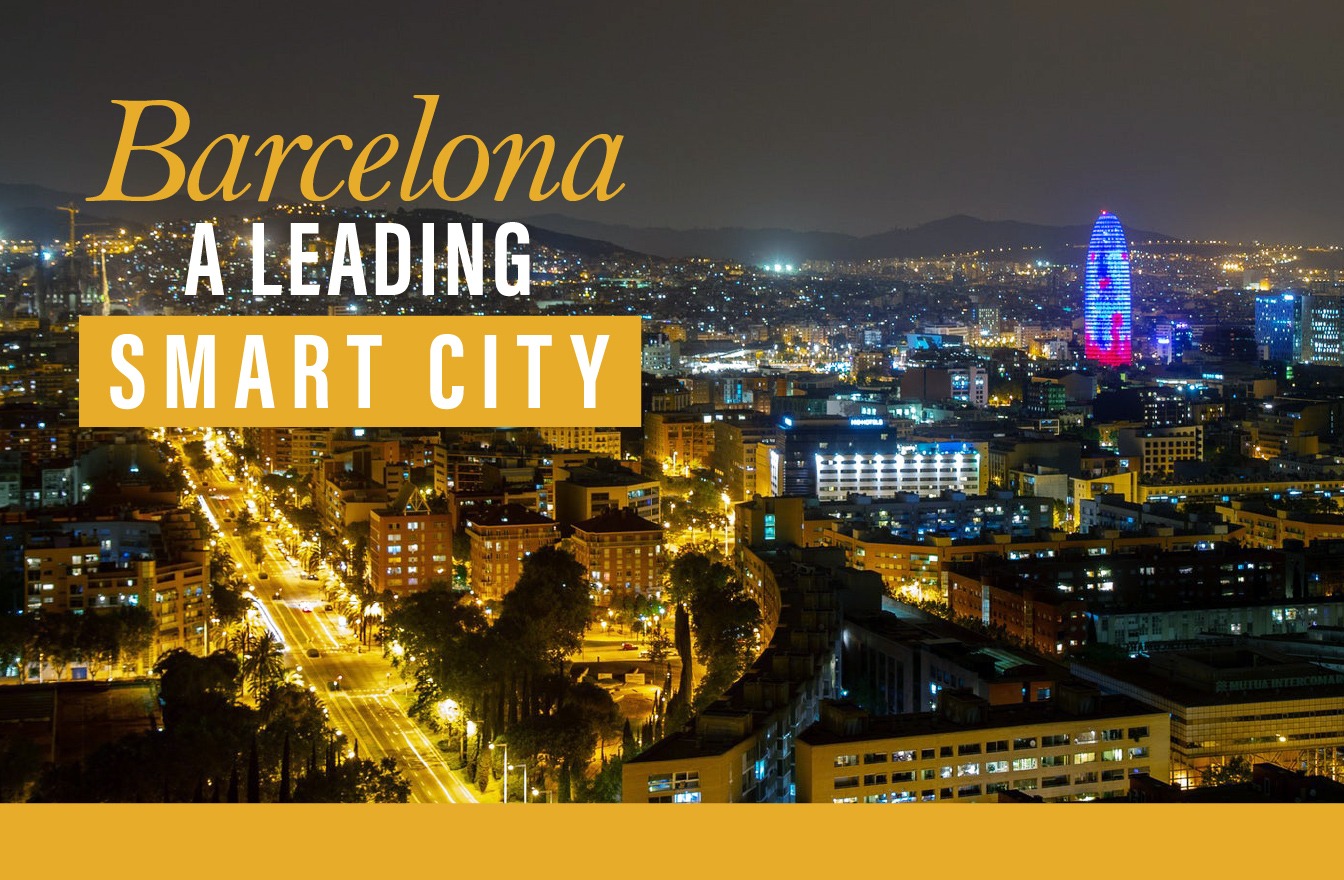 A Smart City is a smartly-managed metropolis that is integrated and connected using optimised resources. Regarded as the key to a Smart City is the IoT (Internet of Things), an ecosystem of interconnected objects that are accessible via the internet. London, Paris and New York continue to dominate the Smart City rankings but Barcelona is one of the cities that is moving quickest up the rankings, according to a recent report by the business school IESE.

Barcelona is undeniably one of Europe’s leading Smart Cities and has been using innovative technologies to enhance the daily life of its residents since 2012. The city has implemented responsive and intercommunicative technologies across various systems including public transport, waste management, street lighting, noise sensors and parking.

The transport system of Barcelona (TMB) has introduced hybrid buses, solar panels in its bus shelters and a network of diagonal, vertical, and horizontal routes, making buses more frequent and faster. It also means that, in 95% of its journeys, a maximum of one transfer is made between any 2 destinations in the city.

In Barcelona you can see ‘smart bins’ at almost every street corner. Residents drop their waste into these bins and a smart waste disposal system uses a vacuum to suck the waste underground. This reduces any potential smells as well as noise pollution from refuse trucks. The incineration of waste is then used to produce energy for heating systems. The city is also able to detect the level of waste from different districts so that the collection of waste is optimised. This reduces both the resources and time needed for this service.

An energy-efficient, LED-based street lighting system with a sensor network operates across Barcelona, significantly reducing the heat (and energy waste) that was produced by the old lamps. The lighting system sensors receive information regarding the likes of pollution, humidity, temperature, the presence of people, and noise and can be adjusted accordingly. A central unit in the street enables lights to communicate as well as manage various other services such as electric vehicle recharging stations, Wi-Fi, and fibre optic cabling. Enabling control over lighting levels also provides the benefit of being able to attract people to particular places of interest in the city when and where needed.

Noise sensors were introduced in the Plaza del Sol in Gracia after noise levels became unbearable for local residents. Easy-to-use, low-cost sensors built by Fab Lab (Barcelona’s Fabrication Laboratory) were created. They can detect noise levels, air pollution, temperature and humidity. Residents placed the sensors on their balconies and were able to demonstrate that night-time noise levels were far higher than World Health Organization recommendations. Armed with this information, residents went to the city council to change how the plaza was being used. People are now moved on at 11pm, rubbish trucks, which had previously arrived after people had left in the early hours, now come in the morning, and steps that provided seating for revellers have now been filled with plant boxes.

Sensor systems are also used for parking in Barcelona. Embedded underneath the roads, these sensors identify the available parking spaces and notify drivers. The programme has reduced emissions and congestion by directing drivers to vacant parking spaces without the hassle of driving around trying to find them. With the app, you can also pay the parking fee online.

Every year since 2011 Barcelona hosts the ‘Smart City Expo World Congress’ at La Fira and every year it has greater global impact. Already, 85% of floorspace for the 2019 event in November has been reserved, which, for the first time, is spread over 2 floors of the Gran Via venue. Among the 800 or so companies exhibiting at the 2018 edition who will return for the 2019 SCEWC are Bosch, Cisco, Deutsche Telekom, Huawei, Mastercard, Microsoft, Siemens and Suez. Likewise, many cities and countries will showcase their latest projects including Austria, Belgium, Denmark, Dubai, Germany, Finland, Holland, Israel, South Korea, London, Moscow, New York, Norway, Prague, Sweden and the United States. The congress program’s strapline is ‘Cities Made of Dreams’ and will cover 5 themes: digital transformation, urban environment, mobility, governance and finance, and inclusive and sharing cities. Among the topics are data-driven cities, 5G and the future of connectivity, resilient cities, gentrification, innovative transport systems and cities for all.