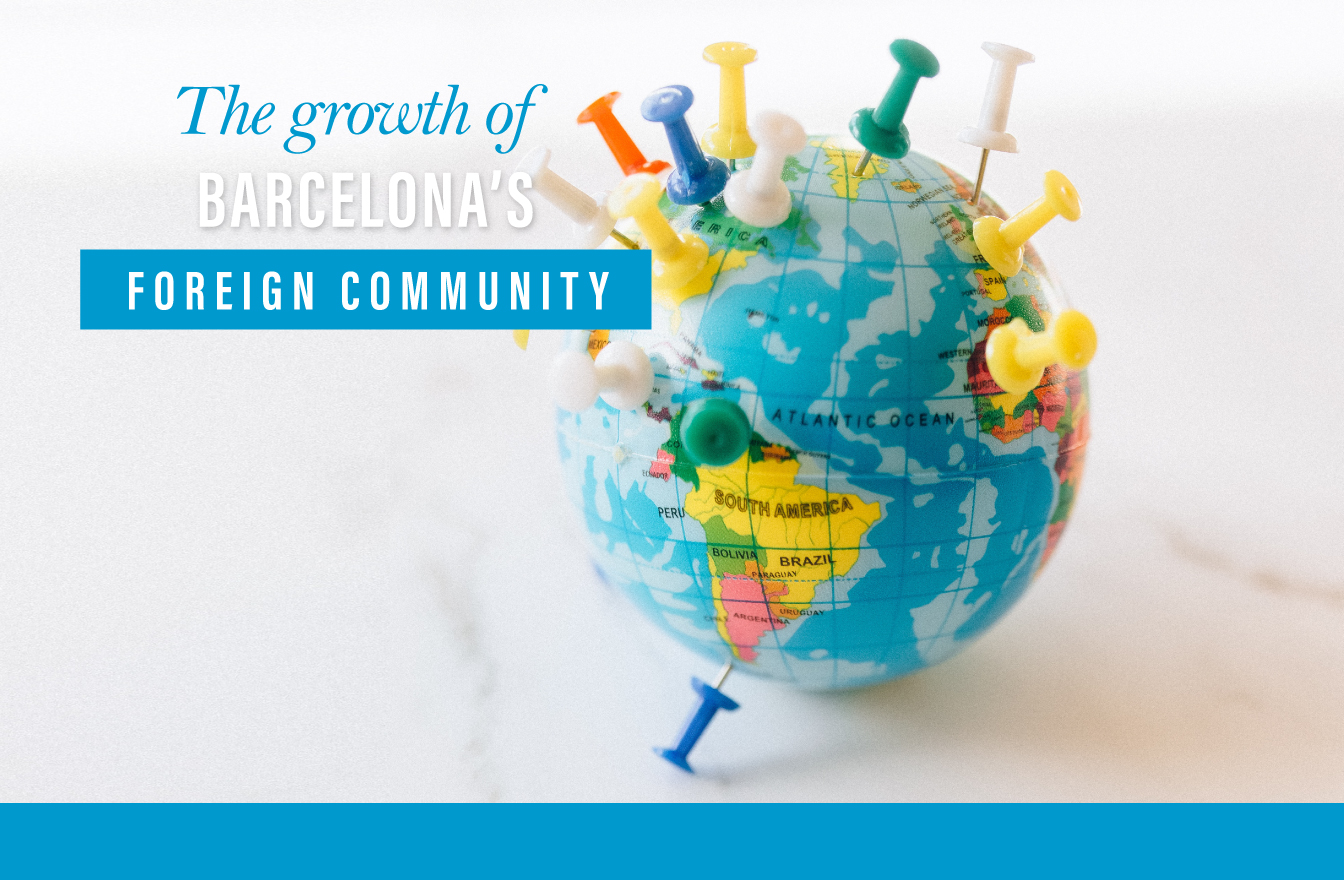 As with other major cities, Barcelona is becoming increasingly heterogeneous with regards to its population. Globalisation, a progressive outlook as well as economic and technological advances are just some of the reasons that increasing numbers of foreigners are choosing the Catalan capital as their home.

Barcelona has gone from having a foreign community of just 1.5% in 1991 to over 22% at the beginning of 2021. The rise of the foreign population began in the first half of the last decade and has since remained relatively stable. Barcelona’s recent city census reveals some interesting micro trends about the city’s foreign population which we outline here.

Barcelona’s overall population has risen slightly during the last five years, mainly due to migration, but in 2020 it began to decrease. 6,200 residents left the city last year. This was down to increased mortality, a decreasing birth rate and slowing migration, all of which were a direct consequence of the Covid-19 pandemic. 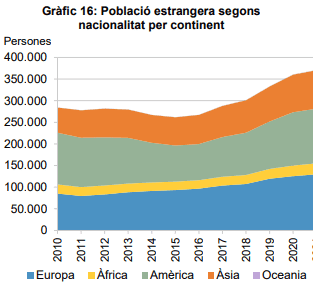 The Italian and British community is growing

179 foreign nationalities currently reside in Barcelona. The nationality which saw the biggest increase during 2020 were the Italians who saw their population rise by 1,896 people out of a total of 41,759.

They were followed by the Columbians and then the British, who have seen their population increase from 9,025 at the beginning of 2020 to 10,086 at the start of 2021, mainly due to the exodus from the UK after Brexit. As well as the British, Columbians and Italians, the most common nationalities in Barcelona continue to be the French, Chinese, Pakistanis, Argentinians and Peruvians. 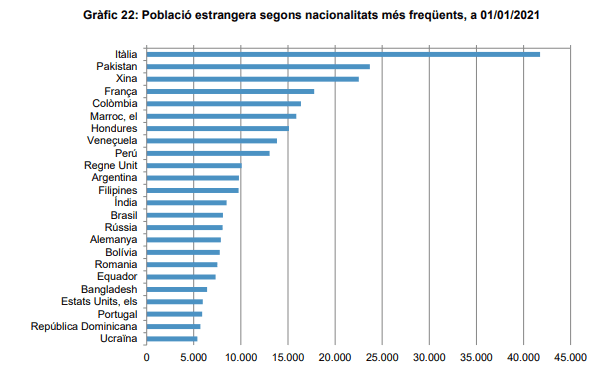 Interested in selling your luxury property? Visit our website to find out all the information you need:
We sell your flat now in Barcelona

Where foreigners choose to live in Barcelona

The increase in the foreign population in Barcelona during 2020 is apparent in 64 out of the city’s 73 districts. The greatest increases were seen in Eixample (+2,195 people) and Sant Martí (+1,352 people), the two most populated districts in the city.

“At Bcn Advisors we have mainly registered significant interest from US and French citizens in buying property in the city. Stable property prices, combined with the current low interest rates, mean that it is still an ideal time to invest in property in Barcelona, and sellers should also take advantage of this, as foreign buyers tend to offer higher prices,” says Francisco Nathurmal, founder and CEO of Bcn Advisors.

Profile of foreign residents in Barcelona

Regarding the profile of Barcelona’s foreigners, there is a fairly even split between men and women (183,076 women vs 188,451 men). Foreigners have an average age of 34.2 years, slightly higher than the previous year and almost 13 years less than the average Spaniard living in Barcelona.

“Despite the limitations brought about by the pandemic, Barcelona continues to be a magnet for foreigners both for lifestyle and work. The city is consistently ranked highly for its quality of life, something which we are all valuing more since the health crisis. It is also a fast-growing hub for innovation and entrepreneurship with new start-ups emerging every month. Many who arrive thinking they are going to stay for a few years end up staying for much longer, choosing to have families and make this stylish and vibrant city their home,” comments Francisco Nathurmal.

Beautiful refurbished apartment with original features in a modernist building