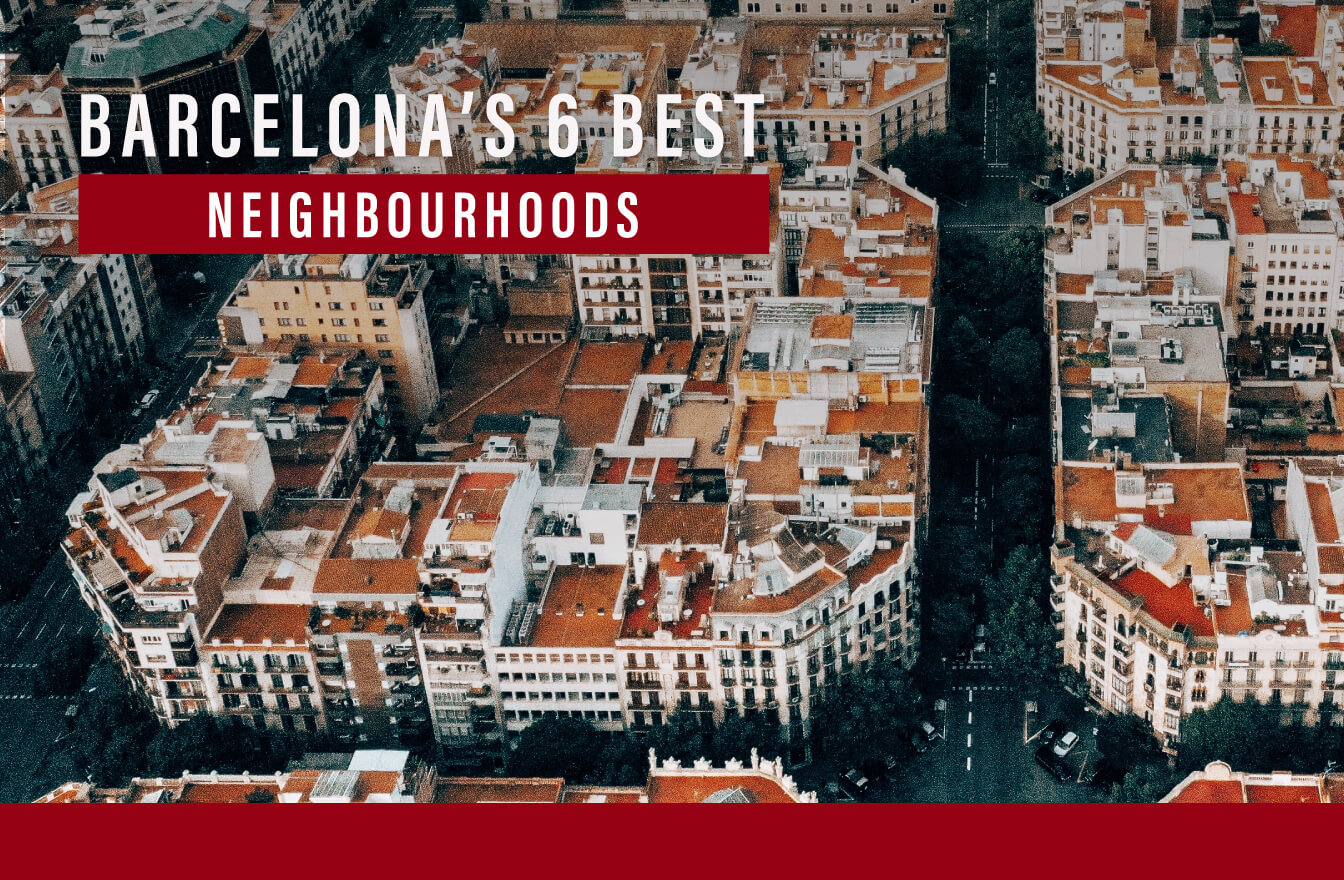 Do you already know which are the 6 best neighborhoods to live in Barcelona? Either if you are coming a few days to visit this cosmopolitan city or you planned to live for a long term, this article is for you.

Millions of people have already fallen in love with vibrant and energetic Barcelona. A unique ‘urban resort’ that offers a pleasant Mediterranean weather all year round, award-winning gastronomy, magical architecture, beautiful beaches and an undeniable business attraction for large companies. And, of course, enchanting places, which we discover below. That’s why in this article, we want to discover you the coolest neighborhoods in Barcelona. Developed in the late 19th and early 20th Centuries, Eixample (or ‘Expansion’) is one of Barcelona’s more modern and ‘Modernist neighbourhoods. Unlike many areas of Barcelona which exhibit narrow streets, Eixample offers a contemporary elegant grid system created by Ildefons Cerdà i Sunyer, the Catalan urban planner. Today, this centrally located district is awash with upmarket shops and restaurants, art galleries and eye catching architecture including Gaudi’s Sagrada Familia, Casa Batlló and La Pedrera. Properties located in Eixample are some of the most sought after in Barcelona, many of which offer fantastic views over some of Barcelona’s most iconic buildings. 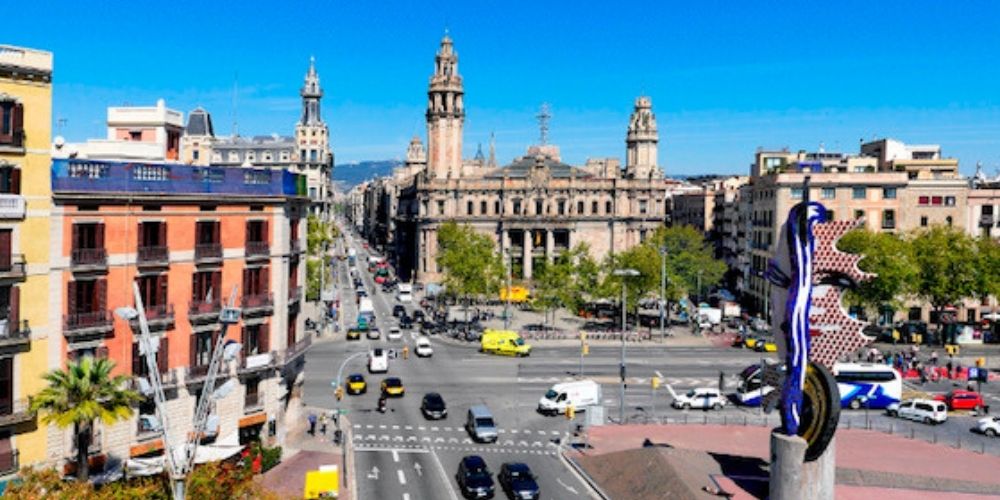 Barcelona’s Old Town (Ciutat Vella in Catalan) is the beating heart of the city and includes the ancient Gothic Quarter, el Born, Barceloneta and Raval.  Each neighbourhood offers a different character: La Barceloneta is a former fisherman’s district, popular with tourists due to its proximity to the beach, but still retains an authentic feel of days gone by. The Barrio Gótico is a mix of vibrant cafes, innovative restaurants, winding pedestrianized streets and original wrought iron balconies. El Raval has a hipster vibe, catering for students, tourists, skateboarder and immigrants alike. El Born (or La Ribera) strikes a happy medium between old and new – being tourist-friendly as well as retaining a strong air of local authenticity with some magical bars and restaurants that come alive at night. Considerated one of the nicest neighborhoods in Barcelona to live, Sarrià-Sant Gervasi is one of the most calmed place in the city.

For many years, the Sarrià-Sant Gervasi district of Barcelona has been home to both affluent Barcelona residents and international families, drawn to its reputable schools, good health and sports facilities, numerous green spaces, relaxed vibe and good communications to the rest of the city. Located in the northwest of the city, this district is well kept and tranquil with touches of Gaudi and Modernista architecture such as the beautiful Torre Bellesguard. Many of the former Noucentist and Modernist homes now house international schools, consulates and offices.
Sarria-Sant Gervasi is home to some of Barcelona’s most elegant villas with gardens and pools as well as high end apartments with multiple communal facilities. 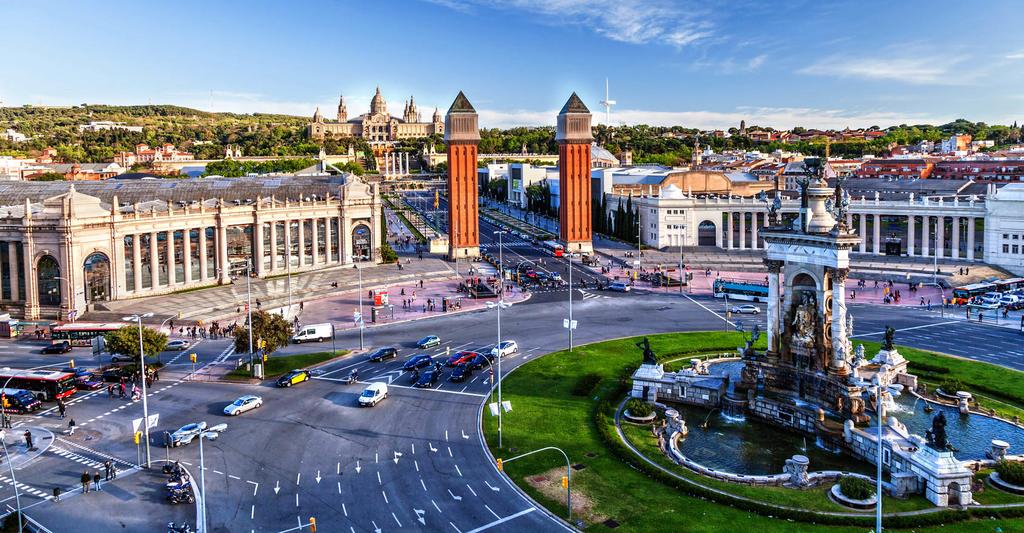 If you have been reading in another sources, maybe you found that “Les Corts” is one of the richest neighborhood in Barcelona. And it doesn’t surprise us when you can go to have a walk over there.

It was only in the late 19th century that the sparsely populated residential area of Les Corts was annexed to Barcelona and began to develop. Running through the district is the 11km Avenida Diagonal, one of the city’s main thoroughfares which cuts the city in two (diagonally). The biggest landmark is of course the Camp Nou, home of Barcelona Football club, built between 1954 and 1957 and one of Barcelona’s most iconic buildings. The neighbourhood offers a good mix of shopping zones and high rises but it also boasts numerous green spaces and tranquil plazas, ideal for watching the world go by. Located in the west of Barcelona between the Sarrià and Sants municipalities, Les Corts.  is also well connected to the city centre by car, bus, tram and train. 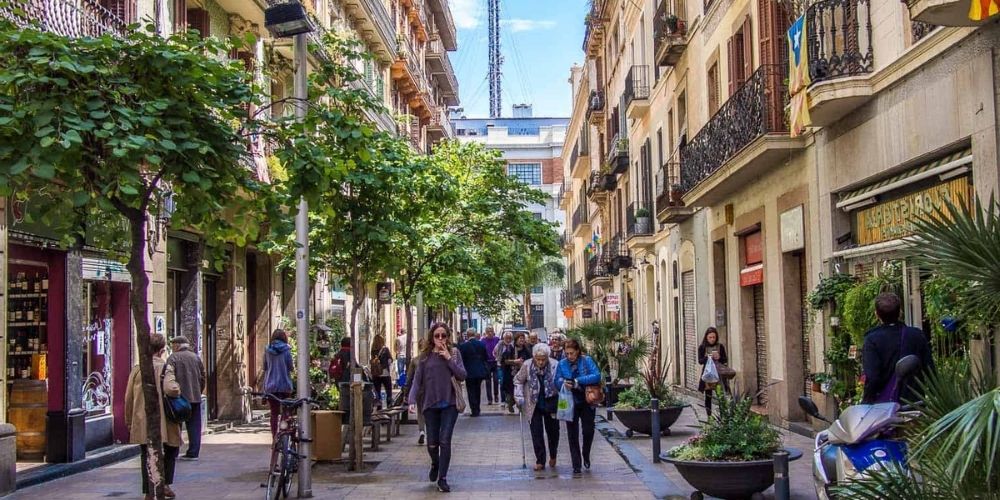 The district of Gracia has a charming village feel with a mix of vibrancy and authenticity. Like Les Corts, until 1897, Gracia was separated from the main city and it was accessed from Barcelona via Paseo de Gracia, the city’s premier designer high-street. But, as Barcelona continued to expand, Gracia was officially incorporated into the Catalan capital. To this day however, Gracia retains its small town feel and is arguably Barcelona’s hippest district with an independent spirit and alternative scene. Located just north of the city centre, Gracia is a neighbourhood exuding warmth and charm with a strong sense of community. Finally, to conclute with all the best neighborhoods to live in Barcelona, we present you this last one: Sant Martí.

One of the great privileges of Sant Marti is having the sea on your doorstep and a seafront promenade along the extensive Barcelona beaches and the Port Olímpic. Prior to the Olympic games in 1992, this former industrial district used to have its back turned to the sea but it has since transformed into one of the most innovative and cosmopolitan area of Barcelona. The trendy Poblenou área was regenerated and now incorporates 22@, the district of innovation, tech and design, new sandy beaches were created and Avinguda Diagonal by the sea was completed –  just some of the modern town-planning interventions that define this fascinating Barcelona district.

We hope you liked this selection with 6 good neighborhoods in Barcelona, and now you know better this beautiful city than before.

How to sell a luxury property
Selling an inherited house in Catalonia
Barcelona Property Market: Q1 of 2022 analysis

Apartment with pool and sea views in Diagonal Mar