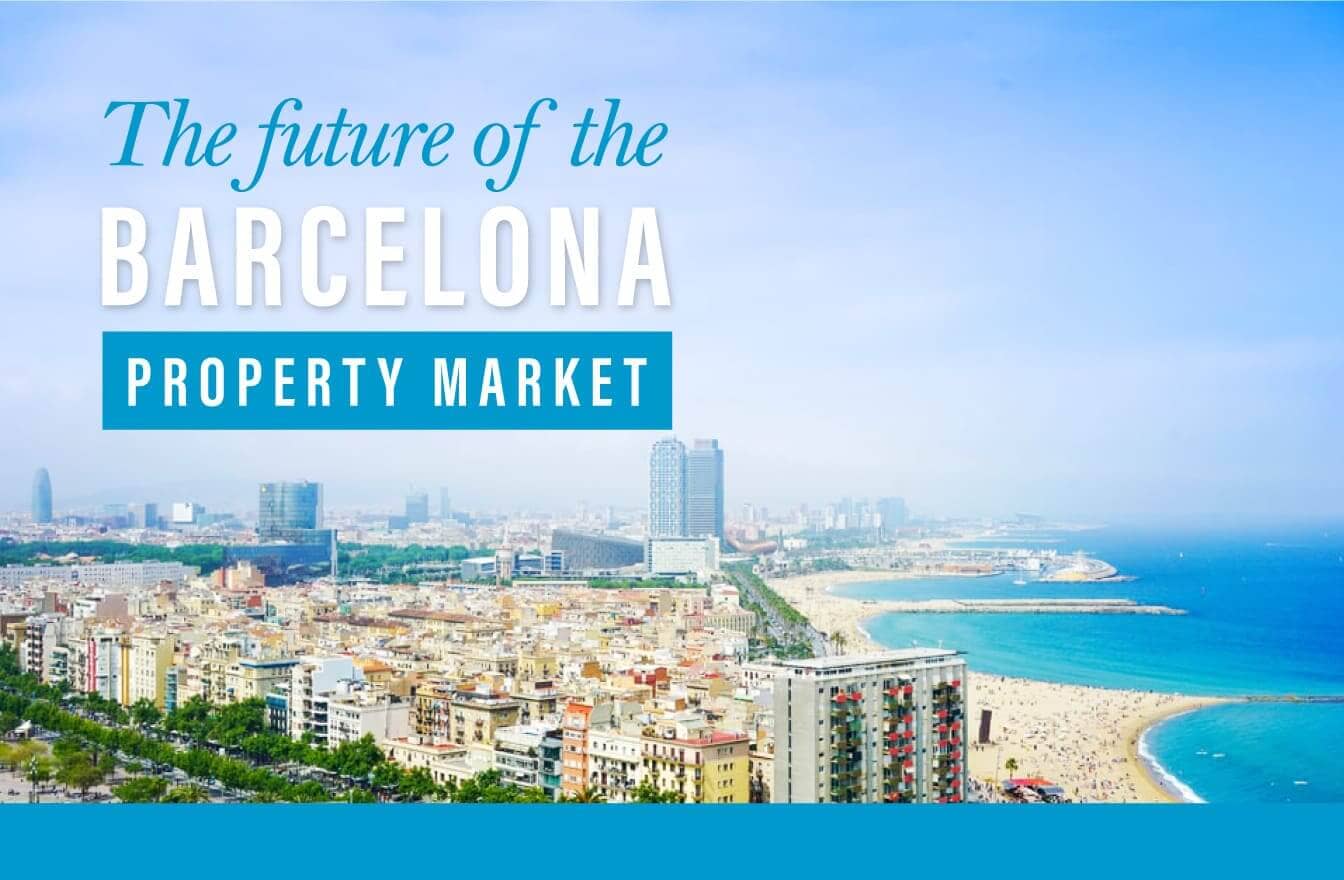 2017 and 2018 were exceptional years for the Barcelona property market. But can the current demand for homes in Catalonia’s capital last?

The city’s economy continues to be on an upward trend, unemployment is falling and there are extremely competitive mortgage rates to be found.

Overall, forecasters are fairly bullish and believe that the Barcelona property market has plenty of room for further growth, but there is no doubt that the pace has begun to slow in the last 12 months.

We take a look at what has happened to the market since the peak of 2007, the current state of the property landscape and what could be in store, taking into account economic and political factors.

In recent years Barcelona property prices have risen by more than what most local buyers can afford. Consequently, some sellers with properties for sale in prime areas of the city have begun to re-adjust their prices in line with more realistic expectations.

Since midway through 2014, the start of the property turnaround, prices in Barcelona have risen by 43% from an average of €2,388 per square metre to €3,417 per square metre, according to Spain’s Department of Development (Fomento), but they are still 9.5% below the average price at the end of the second quarter of 2007, showing some room for growth. The compound annual growth rate since 2014 is a healthy 7.4%.

A study from consultants Forcadell and Barcelona University suggests that despite the rapid expansion of the Barcelona property market, there will not be another real estate bubble and that the forecast rise in interest rates will leave the market ‘in standby’. Lenders are also much more cautious than they were prior to the crash of 2008 – buyers need to have at least a 30% deposit and their financial status is closely scrutinised.

The report also suggests that prices still have some way to go before they reach a ‘ceiling’ and that investing in Barcelona property will continue to be an attractive proposition, for both the potential in capital gains and the high rental yields.

Aside from prime central Barcelona, the study suggests that there will be a growing number of investment opportunities in areas on the outskirts of the Catalan capital such as L’Hospitalet, Sant Boi, Sant Cugat, Sant Just and Badalona. As Barcelona city prices steady, these satellite towns will begin to see significant increases.

Rise of the small investor

2017 and 2018 saw an increase in the numbers of individual investors looking to earn an income via short-term rentals or from ‘flipping’ a property (refurb and sell on).

The recent tightening of licences issued for holiday rentals in central Barcelona could mean that these investors will start to look in periphery zones of the city (see above) or further afield in areas such as Sitges to the south or Maresme to the north. For the long-term rental investor, Barcelona property continues to offer excellent returns – between 4% and 6% in prime areas. If you take into account future capital growth, returns could be up to 15%.

Some forecasters expect to see the end of ‘generation rent’ in Barcelona as more young people begin to find jobs. Since March 2013, when there were just over 115,000 people out of work in Barcelona, unemployment has fallen by 42% to 66,678 in July 2019. Repayments on mortgages may be lower than average monthly rental payments. Again, the city suburbs will benefit, where prices tend to be cheaper. The move towards buying as opposed to renting may, in turn, bring down the price of rents as more properties become available.

The separatist movement is now much more politically divided compared to 2017, the year of the unauthorised referendum. This year’s turnout on Catalonia’s National Day (La Diada), the 11th September, was the lowest in 7 years and comes amid growing uncertainty and splits within the secessionist movement.

According to the Spanish Land Registry, foreign buyers currently represent 9.3% of the market in the province of Barcelona. Following the referendum, the proportion of international buyers decreased from 9.4% in 2017 to 8.7% in 2018, suggesting that foreign buyers were slightly more hesitant about purchasing in Catalonia. But judging by the latest figures, the trend looks to be upward once again.

Meanwhile, the city is becoming increasingly internationalised. It has a vibrant startup scene and a growing reputation as a FinTech hub, leading to strong demand for homes to both buy and rent from young, affluent buyers. Amazon, Facebook and Microsoft all now have a base in Barcelona, bringing with it specialist talent that will help further boost the local economy.

Overall the outlook for the Barcelona property market is encouraging.

The Barcelona property market has well and truly recovered from the financial crisis between 2008 and 2013 and although the trend is positive there is much more vigilance than there was prior to the crash.

The three issues that could affect positive growth are a slowing of the economy, a rise in interest rates and political instability due to the threat of Catalan independence.

But being the unique city it is, Barcelona has enough positive factors to offset any one of these potential pitfalls.

Property in the Catalan capital remains cheap. Homes cost on average less than half the price than those in Paris or London. Foreign buyers also tend to have higher available incomes than local buyers and purchasing is often more a lifestyle choice. They may even pay a premium for homes with the ‘wow’ factor or those in desirable locations. This is certainly the case for Barcelona where foreign buyers have created a micro market, which behaves in its own way, despite political or economic changes 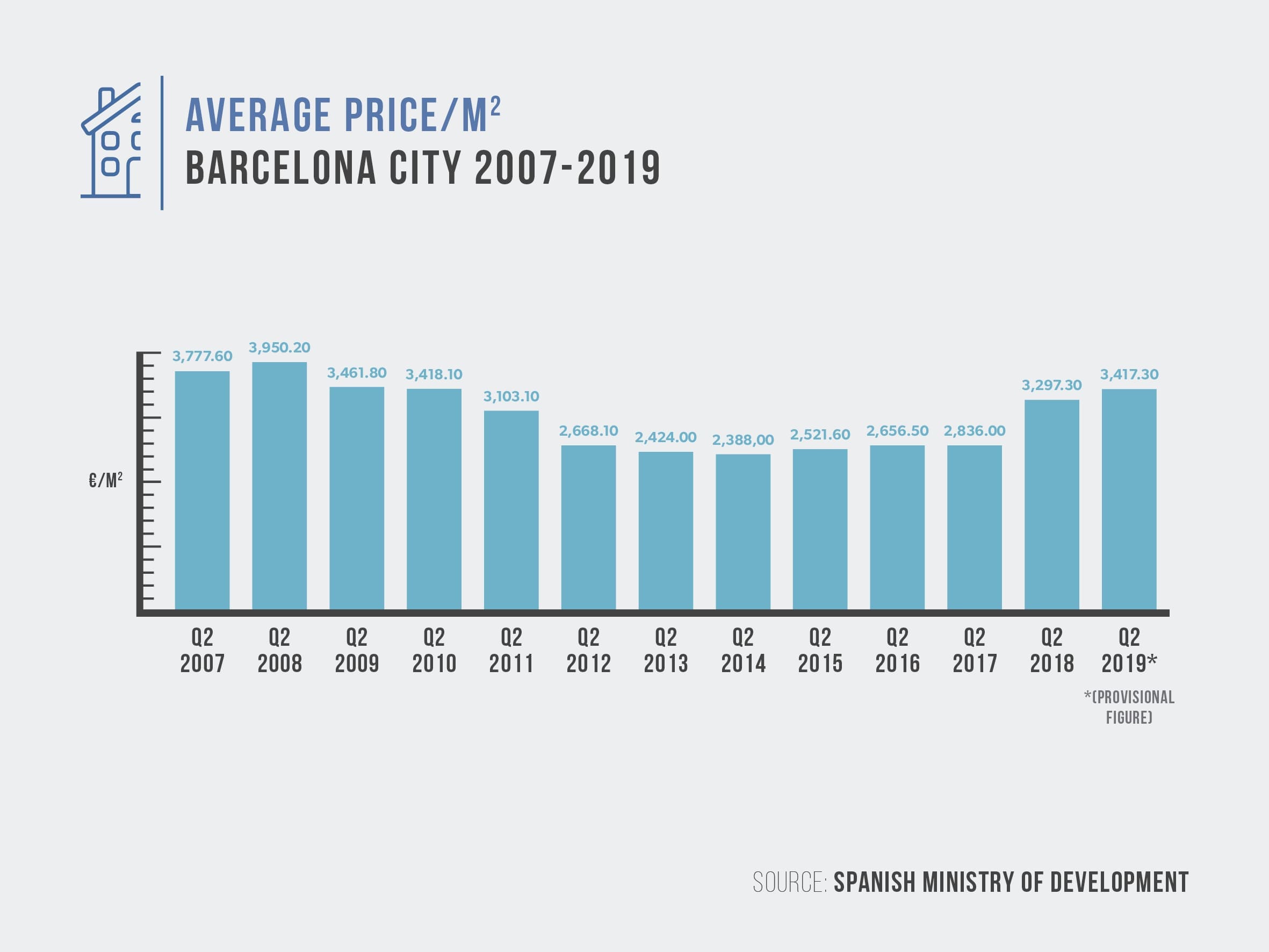 How to buy a property in Barcelona using Bitcoins
The Barcelona Property Market Q1 & Q2 2021
What does working from home mean for the Spanish property market?