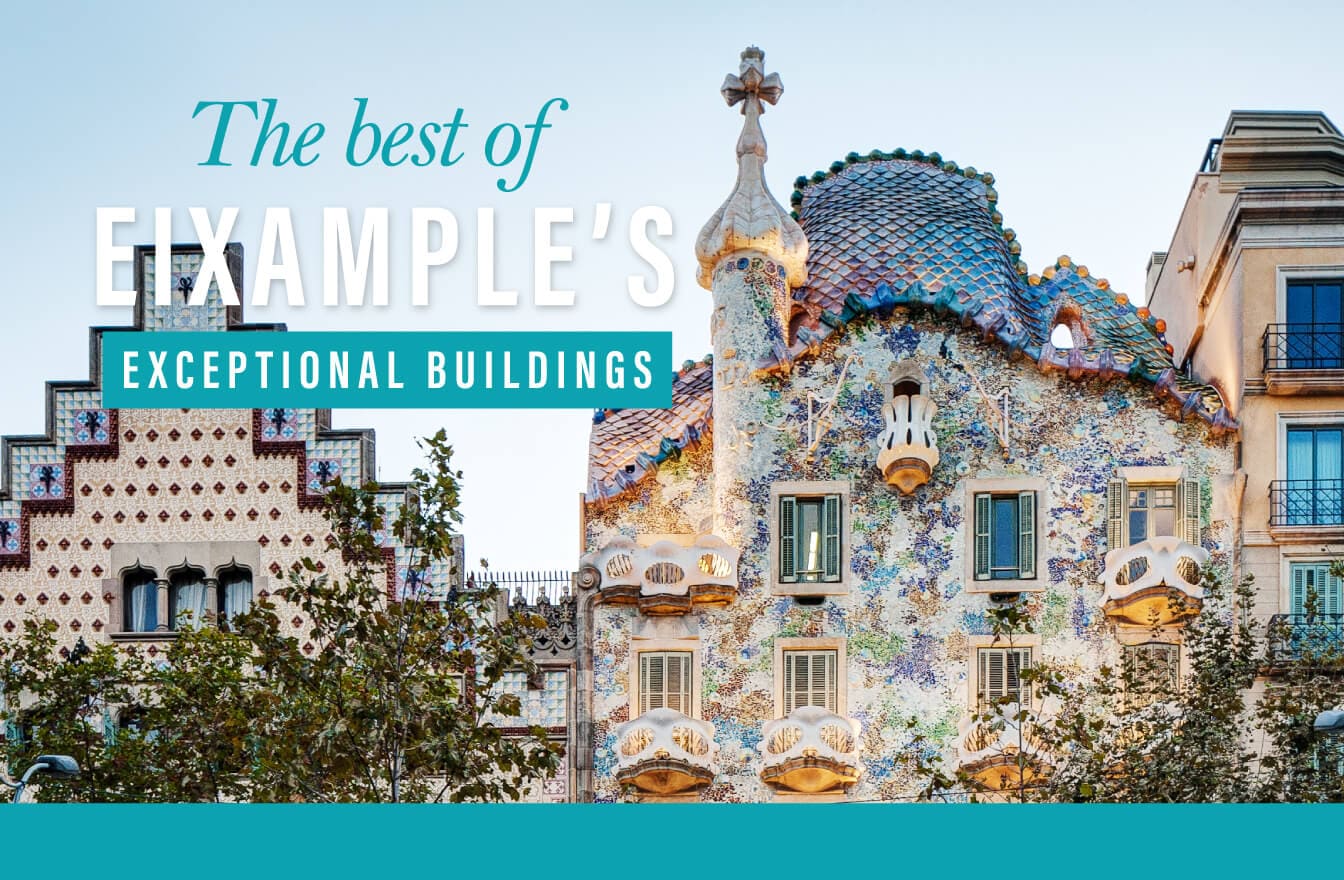 Barcelona is one of the most influential cities for architects and it is not difficult to see why. The Catalan capital is packed with unique buildings of both historical and architectural relevance. No more so than in the central Eixample district which is dominated by Modernista structures. Here BCN Advisors picks out six of the best.

Officially known as ‘Casa Milà’, Anton Gaudí’s La Pedrera is probably the most representative of Catalan Modernisme in Barcelona. Its nickname La Pedrera, meaning ‘quarry’, comes from the aspect of its façade, which many people believe resembles a quarry. The politician Pere Milà i Camps commissioned Gaudí to construct the building in 1910 and it took four years to finish. Gaudí enlisted the help of fellow Modernist architects Domènec Sugrañes i Gras, Joan Rubió and Josep Maria Jujol, and the final result was groundbreaking. Gaudí had been given free reign to design more or less what he wanted although it did have its critics at the time. Today it is undoubtedly one Eixample’s most iconic buildings. La Pedrera was declared a World Heritage Site in 1984 and opened its doors to visitors in 1987.

Casa Batlló was another exceptional work during the Catalan Modernist movement. The building was constructed in 1877 by Emilio Sala Cortés, one of Anton Gaudí’s former professors at a time when there was still no electricity in Barcelona. Its owner, the prominent businessman Josep Batlló i Casanovas, commissioned Gaudí to carry out a refurbishment to his home, which he did so from 1905 to 1907. The main changes were made on the façade, courtyard, first floor and roof.

The façade is one of the most recognisable of any building worldwide. It was created using a technique known as ‘trencadís’, using small pieces of ceramics and glass. As it was constructed during Gaudí’s naturalist phase, it takes on a very organic form. The most striking feature is the roof, which resembles the scales of a dragon, an animal that features regularly in Modernista architecture.

In the 1950s the building was sold by the Batlló family and in the 1990s it was bought by the Bernat family who opened it to the public.

Often overlooked due to its position alongside Casa Batlló is Casa Amatller, which was designed by another great Modernist architect of the time, Josep Puig i Cadafalch. Owned by the well known chocolatier Antoni Amatller in 1898, it was refurbished by Cadafalch with particular attention paid to its façade where you can see motifs in the shape of pretty almond flowers (‘amatllers’ in Catalan) and gargoyles at the top which form an ‘A’ for Amatller. There is also a lot of wrought iron, typically used by architects during the Modernist era. Antoni Amatller’s daughter Teresa had no children and so decided to sell the building to the Coll family, also chocolatiers, who continued to manage the Amatller brand, distinctive due to its Modernist design. The building, which also houses the Casa Amatller Museum, opened its doors to the public in 2015.

The majestic Casa de les Punxes (Casa Terradas in Spanish) literally means ‘The House of Spikes’ thanks to its conical roofs that end in a large spike. This iconic Modernist structure was also designed by Josep Puig i Cadafalch after he was commissioned to bring together three separate homes owned by the Terradas sisters. Located in Barcelona’s ‘Quadrat d’Or’ (Golden square), Casa de les Punxes occupies an entire block between Carrer del Roselló and Carrer del Bruc with one side facing Avinguda Diagonal. Construction finished in 1905. The design was based on a medieval castle, although architecturally it also has Nordic elements. The wrought iron balconies were designed by Manuel Ballarín, the neo-Gothic style reliefs by Alfons Juyol, and stained glass windows by Eduard Amigó. The ceramic panels on the façade are a nod to Catalan patriotism. Casa de les Punxes was opened to the public in 2016.

Located in Passeig de Sant Joan, Casa Maya (also known as Palau Macaya) is yet another Modernist masterpiece (with civil gothic influences) from Josep Puig i Cadafalch. Commissioned in 1901 by its first owner, the industrialist Román Macaya i Gibert, Cadafalch employed the services of two well known sculptors – Eusebi Arnau and Alfons Juyol as well as artist Joan Paradís who used the ‘sgraffito’ technique on the white stucco façade (the technique of decorating pottery produced by applying layers of colours).

La Caixa bought the building in 1947 and it later became a home for the deaf, dumb and blind. It is now the EspaiCaixa, an association for the promotion of sustainability and environmental protection.

Often overshadowed by Gaudí’s better known works Casa Batlló and La Pedrera, Casa Calvet is arguably of equal beauty. Named after the textile merchant Pere Martí Calvet, who commissioned its construction in 1899, Casa Calvet was the first building to win the prestigious design prize awarded by the city council. The design of the balconies, the mushroom-shaped reliefs and the inverted lobes in curve form at the top of the building are recognisably Modernist but Gaudí used a more Baroque style for the rest of the façade, so Casa Calvet is often regarded as a transitional work. Casa Calvet is privately owned but you can get a sense of some of the interior architecture in the chocolate shop Chocolates Brescó and the Casa Calvet restaurant, both on the ground floor.