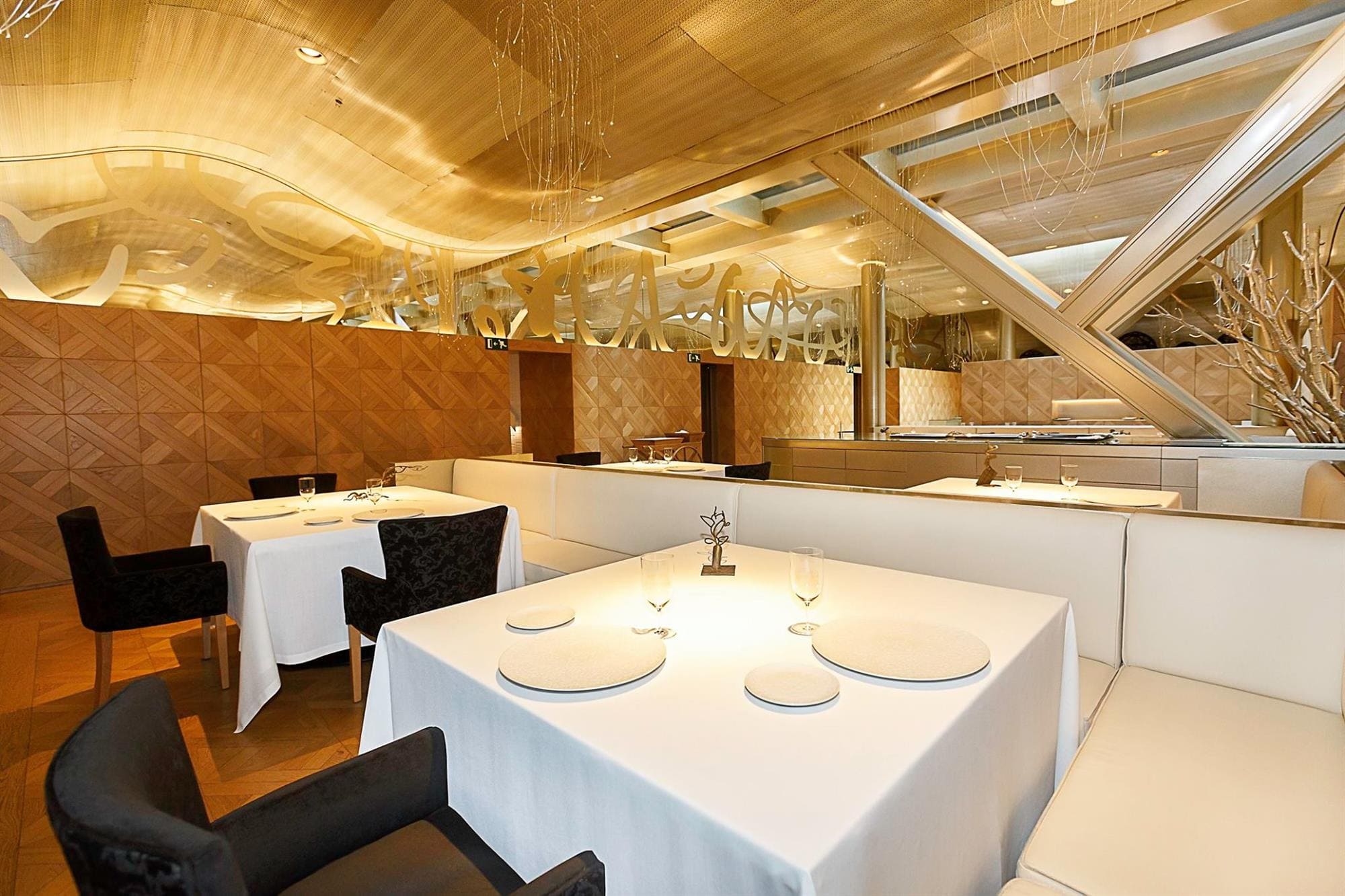 The myriad wonders of Barcelona are well documented, with world-beating art and architecture leading the way, closely followed by a buzzing social scene, fascinating cultural events and sunny beachside location.

The city is also a major player on the global culinary stage, with its ability to work creative magic in the kitchen highlighted by regular inclusion in the famous Michelin Guide, the venerable restaurant listing and stamp of quality.

The guide is updated each year to ensure that the utmost quality is assured and the 2019 edition confirms that standards in Barcelona continue to be sky-high. It awards at least one star to 22 eateries in the city itself, and many more to mouthwatering establishments across Catalunya.

The region is home to many cooking dynasties, and manages to combine strong local traditions with cutting-edge scientific innovations, and while the industry tends to be dominated by male chefs, Catalunya has also brought the world Carme Ruscalleda, the first and only 7-Michelin-starred chef.

Achieving (and retaining) Michelin star status is an incredible achievement, but being awarded 3 stars is the preserve of the truly exceptional.

One of Spain’s most iconic three-star heroes is Celler de Can Roca in Girona, opened in 1986 by the three Roca brothers and regularly named in the top three best restaurants by many esteemed publications including Restaurant magazine.

The theme of formidable family creativity continues with the Adrià brothers, put on the gastronomic map by Ferran Adrià’s famous El Bulli restaurant in Roses. Named after the no-nonsense breed of dog, the restaurant was imbued with a suitably tenacious reluctance to give up its position as the trailblazing pioneer of ‘molecular gastronomy’.

El Bulli closed its doors in 2011 but the brand lives on in the ‘creativity centre’ set up on the site by the El Bulli Foundation, dedicated to the research and development of food as a concept. It should also be noted than many of the best restaurants in town are helmed by chefs who have passed through the Adrià universe. 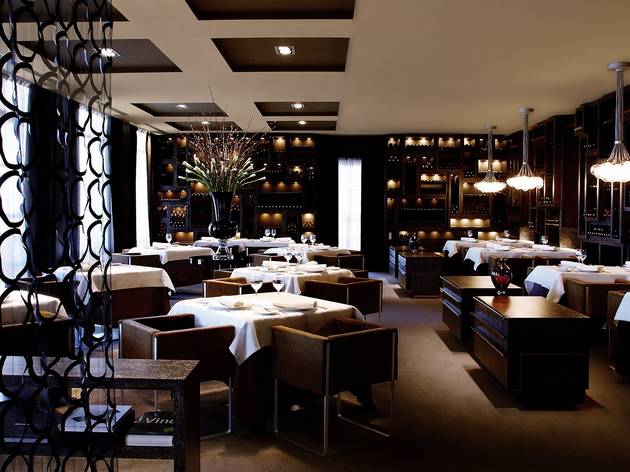 The El Bulli Foundation is also extremely active in Barcelona, where the two brothers Albert and Ferran continue to stretch the science of food with the fruits of their research embodied in their high-tech Texturas rage of products.

There is also the small matter of no less than four Michelin-starred restaurants helmed by Albert in the heart of the city under the El Barri banner. If any further proof of the family Adrià’s star quality is required, it is surely found in the breadth of styles in which they excel and the levels of creativity which turn a meal into an experience.

Whether you choose the contemporary Tickets or Enigma, the Mexican Hoja Santa or the genre-twisting Pakta which fuses Japanese and Peruvian cuisine, the Adriàs will do all they can to re-set your idea of what eating out is all about.

The power of family is also evident in the Torres twins, with serial Michelin star recipients Sergio and Javier currently running the 2-star Cocina Hermanos Torres having closed the 2-star Dos Cielos to make way.

Meanwhile the López brothers oversee the culinary wonders of the stylish Ohla Hotel.

It is worth noting how many star chefs in the region run more than one stand-out restaurant, testament to their dedication to bringing world-beating food to the widest audience.

As a result, whatever your taste and however rich your sense of adventure, Barcelona has a wealth of restaurants that have the prestigious Michelin seal of approval.

Chef Martin Berasategui in the five star Monument Hotel. The first Barcelona restaurant to receive 3 Michelin stars. Chef Berasategui also runs a Lasarte restaurant in San Sebastián, which also has 3 stars. Without a doubt, one of the best choices to enjoy the gastronomy of the city from the hand of one of the most prestigious chefs. 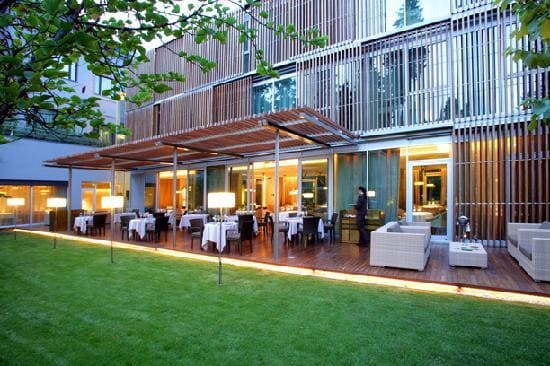 Chefs Mateu Casañas, Oriol Castro and Eduard Xatruch, in the Eixample near El Ninot market. These alumnae of the famous El Bulli also run the respected Compartir in Cadaqués on the Costa Brava. The Disfrutar restaurant, open since December 2014, was born after years of intense work in elBulli, where Mateu Casañas, Oriol Castro and Eduard Xatruch met and trained professionally, and after consolidating the work done in Compartir, which opened in April 2012 in Cadaqués.

Chefs and twin brothers Javier and Sergio Torres in the Les Corts neighbourhood. The brothers closed their 2-star Dos Cielos in the Meliá Barcelona Sky Hotel to start this new venture and have clearly maintained their sky-high standards. 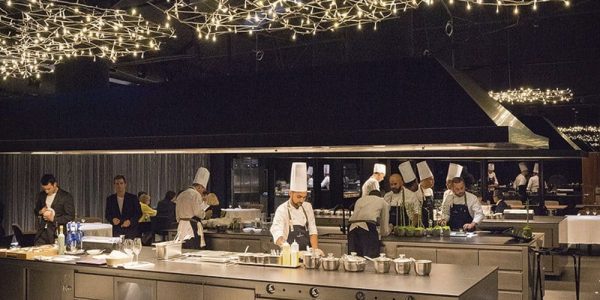 Chef Romain Fornell in the Hotel Ohla. A restaurant in the heart of Barcelona, where you can also enjoy the atmosphere of the city.

Chef Hideki Matsuhisa in Ciutat Vella. Widely considered to be Barcelona’s best Japanese restaurant. A real delight for those Japanese food lovers who want to eat in a restaurant where quality is the most important thing.

Chef Jordi Vilà in the Eixample near Sagrada Família. The name is derived from the Arabic al-kimia, meaning The Art. Craftsmanship and dedication are the words that perfectly define the characteristics of this restaurant in the city of Barcelona.

Chef Jordi Cruz in the Hotel Cram, Eixample area. This chef is one of the great references in the current panorama of cuisine, not only in Spain, but also worldwide.

Chef Martín Berasategui in the Monument Hotel. Berasategui also runs two 3-star Lasarte restaurants – one in the same hotel and the other in San Sebastián. 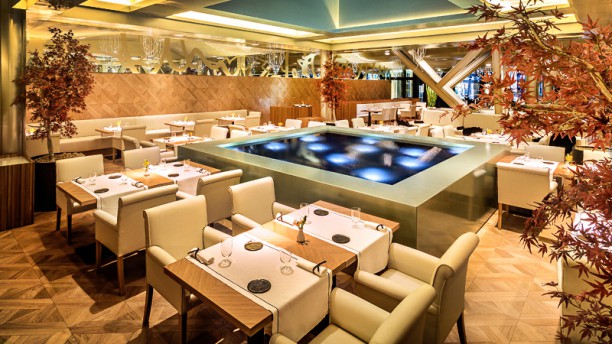 Chef Fran López in the Ohla Hotel. Fran handles the cooking while his brother Joaquim handles the business side. Both also run the luxury Villa Retiro Resort in Tarragona, with its own 1-star restaurant.

Chef Carles Gaig in one of the oldest and best loved restaurants in the city, founded 130 years ago and receiving its first Michelin star in 1993.

Chef Carles Abellán in Barceloneta. Another alumnus of El Bulli who specialises in seafood and brings creative flair to the dining experience. You can enjoy the Catalan coast while eating incredible dishes in the heart of Barceloneta.

Professional and trainee chefs from the esteemed Hofmann cooking school man this avant-garde temple to gastronomy started in 1982 by Mey Hofmann. Since 1982 it has been open to the public, with different locations in the city of Barcelona, all of them in the centre of the city.

Chef Albert Adrià under the El Barri banner. A landmark to the evolution of tapas and the theatre of dining. A restaurant located in the district of Sant Antoni, very close to the monument of the fountains of Montjuic

Chef Albert Adrià under the El Barri banner. Guests travel through 6 themed rooms on a culinary journey to remember.

Chefs Albert Adrià and Paco Méndez under the El Barri banner. An upmarket journey thought he flavours of Mexico inspired by the chefs’ travels in the country.

Chef Oriol Ivern near Parc Turó. Contemporary and highly seasonal Catalan cuisine in a relaxed, minimalist designer atmosphere. Restaurant with a history of almost 20 years. They specialize in contemporary local food, trying to preserve the most traditional products of the Catalan land.

Chef Carles Tejedor in the Eixample. A timelessly elegant landmark with a rich history of culinary excellence and prestigious guests including Salvador Dalí. A restaurant in Barcelona with more than 50 years of history where modernity and avant-garde are present in the kitchen.

Some Michelin-starred restaurants around Barcelona: