Although any decision to relocate brings with it a huge amount of bureaucratic paperwork, the processes involved were still fairly straightforward up until now, due to the UK being part of the European Union. This has all now changed as a consequence of the UK’s decision to leave the EU back in 2016, making things seem a great deal more complicated.
The pull of the relaxed Spanish lifestyle has long since attracted many Brits looking for something a little different, be it spending long hot summers in their holiday homes or taking the full plunge and relocating permanently to sunnier climes. Being part of the European Union made this possibility very easy, but Brexit has changed things.

As of 1 January 2021 UK nationals are no longer EU citizens, and although they may still travel to Spain they are only able to remain in the country for up to 90 days in any 180-day period. For those looking to stay longer or even permanently, a residence permit is now required.

UK nationals who can prove they were legally living and settled in Spain as of 30 December 2020 are able to apply for a TIE (Tarjeta de Identidad de Extranjero) enabling them to continue living and working in Spain with broadly the same rights as before, as per the terms of the Withdrawal Agreement. However, those arriving in Spain after 1 January 2021 now fall under the general immigration scheme.

It is still possible to become a Spanish resident but various more stringent conditions are now necessary, one of which includes proof of sufficient income. This may not always be possible especially for retirees or those wanting to reside in Spain for more than six months without carrying out any economic activity. In these cases a non-lucrative visa can be applied for, where proof of substantial economic funds will be mandatory as well as the possession of private health cover amongst other requirements.

Residence permit through an investment

There is, however, also another route to residency, via the “Golden Visa” scheme, whereby applicants from non-EU countries are granted a visa on the condition they make a certain type of investment within Spain, including one of the following: 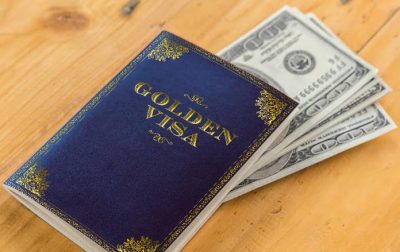 Over 35,000 Golden Visas have been issued since the scheme was established in 2013 and now UK nationals are also able to benefit. Any type of real estate investment is valid, including the purchase of commercial properties, residential properties or land. The minimum investment of €500,000 excludes any taxes and expenses but can be spread over several acquisitions as long as the total capital investment is more than €500,000. Anything above this amount can be financed by a mortgage.

Both married and unmarried couples who have registered their domestic partnership with the Spanish Civil Registry (also applicable to same sex couples) are eligible, with the minimum investment of €500,000 applying to the couple.

As the scheme is retroactive, UK nationals who have bought properties since the scheme was originally introduced are able to apply for the Golden Visa, based on the purchase price of their property or properties at the time. If this does not reach €500,000 then they can still qualify by making an additional purchase to ensure that their total real estate investment reaches the threshold.

Benefits of the Golden Visa

Once a Spanish Golden Visa has been granted, the UK national can live and work in Spain for as long as they hold the investment, with their families (including spouses, children under 18 years, disabled or dependent children over 18 years, and dependent parents) also benefiting from the same rights. They will also have access to public and private schooling.

Aside from providing the investor with all the benefits of Spanish residency, as there no restrictions on the legal use of the property, investing in Spanish property can also offer good rental yields, with the potential of a regular income.

The visa is granted for an initial period of one year, after which it can be exchanged for a residence permit which is valid for two years and renewable for five-year periods thereafter, as long as the required investment is maintained. A significant difference to the non-lucrative visa, where a minimum stay of 180 days per year is required, is that with the Golden Visa there is no minimum stay requirement so it isn’t necessary to actually live in Spain or even to become a fiscal resident. However, if the beneficiary does choose to live in the country then it can lead to long-term Spanish residency after five years of continuous residency (more than 183 days per year) and citizenship after ten years.

The application process is relatively simple as long as all conditions are met, and the application can even be submitted at the investor’s nearest Spanish Embassy or Consulate. The process is usually completed within 60 days.

Travel through the Schengen Area

Although the rights granted are only applicable in Spain and not in any other countries within the EU, the beneficiary of the residence permit and their dependents will be allowed to travel freely through the 26 countries of the Schengen Area without a visa for 90 days out of every 180 days.

“The Golden Visa scheme is an excellent way of giving many non-EU nationals the opportunity to experience the wonderful Spanish lifestyle as a potential permanent resident as well as the added benefit of travelling freely within the Schengen zone, something which is now more desirable than ever.” concludes Francisco Nathurmal, CEO and founder of Bcn Advisors.

How to choose the best real estate agency in Barcelona?
How to buy a property in Barcelona using Bitcoins
What does working from home mean for the Spanish property market?