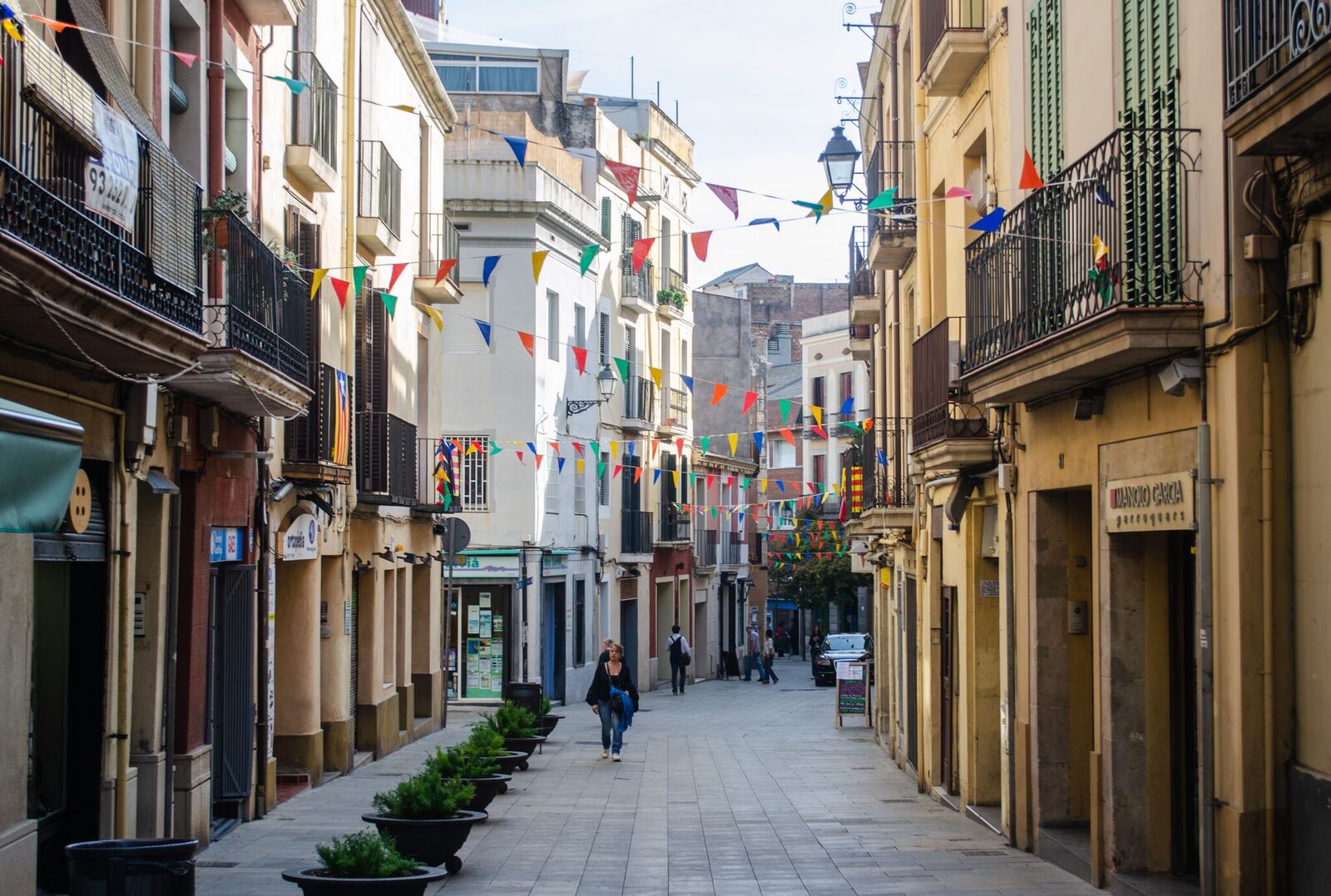 The charming residential neighbourhood of Sarrià is part of the broader, notably affluent Barcelona district of Sarrià-Sant Gervasi. This is the fabled Zona Alta, the elevated swathe of real estate that stretches from Diagonal up into the rolling Collserola Natural Park and takes in some of the city’s finest homes.

Originally a Roman colony, Sarrià was absorbed into Barcelona in 1921, but still retains a strong independent feel. It’s off the beaten tourist track, but those who choose to head ‘uptown’ are rarely disappointed when they encounter a pretty, welcoming barrio with fresher air, a calmer pace of life and plentiful bars and restaurants.

The semi-pedestrianised mini-boulevard of Major de Sarrià is the centre of activity, stretching up towards the hills and marked at each end by plaças and cafés offering welcoming succour for those pausing their promenade for a restorative cortado or vermouth.

Towards the top of Major de Sarrià is Bar Tomás, perhaps the most famous of Sarrià eateries and home of ‘the best patatas bravas in Barcelona’, or even ‘the World’ – depending on who you are talking to! This understated café is unlikely to win any awards for service, but it oozes authenticity, the position is perfect for people-watching and it would be rude not to test the bravas for yourself.

Commerce and life in Sarrià

The northern end of this neighbourly shopping street is also home to the market, a 100-year-old centre for trade and gossip that still wears its original Modernista exterior as designed by Arnau Calvet and Marcelí Coquillat. Inside, this is a market of classic Catalan character, but appearances are much more modern and functional thanks to at least two major refurbishments, including a complete refit in 2007.

This part of Barcelona enjoys the benefits of space that is somewhat lacking elsewhere, and as a result there are more green spaces, international schools, up-market clinics and social and sports clubs. This in turn attracts discerning families from across the world who are looking for high quality living away from the touristic centre.

As well as a wealth of luxury apartments in well-kept blocks, Sarrià has occasional picturesque townhouses tucked away in the narrow streets. Lovely properties abound here and in neighbouring Tres Torres, a classy, comparatively low-rise barrio with its own strong identity and the highest concentration of houses in the city. To the west lies Pedralbes, where the largest and most expensive mansions sit in privileged seclusion surrounded by pools and manicured gardens.

Appreciation of the outdoors is a key element of the Sarrià lifestyle, which is unsurprising given the ever-present backdrop of the lush hills as a constant reminder of nature and the myriad opportunities to explore the many trails and enjoy the spectacular views.

Views from Tibidabo and more

The summit of Tibidabo provides the best outlook, facing in one direction across the city to the sea and as far as Mallorca and the other all the way to the majestic Pyrenees. Whether you decide to hike to the top, walk the dog, ride a mountain bike, take the bus or navigate the tourist tram and funicular, the trip is certainly worth the effort.

Somewhat incongruously, this city peak is home to Spain’s first ever amusement park and the crowning glory of the Sagrat Cor, a cathedral, built on a church and crowned by the huge statue of Christ that can be seen from all over the city. While Christ watches over Barcelona, slightly further down the hill emerging from the foliage like a landed spaceship is the domed telescope building of the Fabra Observatory, which prefers to look up at the stars.

Many approach via the slightly lower hilltop town of Vallvidrera, a commuter town that is served by its own funicular. This stops halfway up the hill and gives easy access to the Carretera de les Aïgues, an unmissable trail that hugs the contours of the hillside all the way from one side of Barcelona to the other and provides fresh views at every turn.

There’s plenty to enjoy in and around the Sarrià area, including the science museum, more commonly known as the CosmoCaixa, a triumphant conversion of the old Casacuberta factory by Josep Domènech i Etapa. This includes its own 1,000m² of rainforest complete with underground tunnels.

The CosmoCaixa is just one example of how old and new architecture meet and meld here. Just down the road is Gaudí’s beautiful and comparatively undiscovered Torre Bellesguard, perched on a spectacular viaduct whose iconic ‘legs’ are even more easily missed. Monasteries, palaces and parks are testament to the rich history and lofty sensibilities of this unique neighbourhood.

Barcelona is rightfully admired for its architecture and tourist appeal, but Sarrià is proof that the city is also a world-class location to call home. With its strong identity, friendly atmosphere and relaxed pace of life, not to mention some of the best family facilities in town, Sarrià is a great place to call home. It is a perfect village in a town, just 15 minutes from the buzzing heart of one of the best cities in the world.

According to leading property portal Idealista sales prices in the district of Sarrià-Sant Gervasi averaged at €5,388 per square metre in April 2019, showing an annual increase of 2.7%.

BCN Advisors are delighted to present the following properties currently for sale in Sarrià: