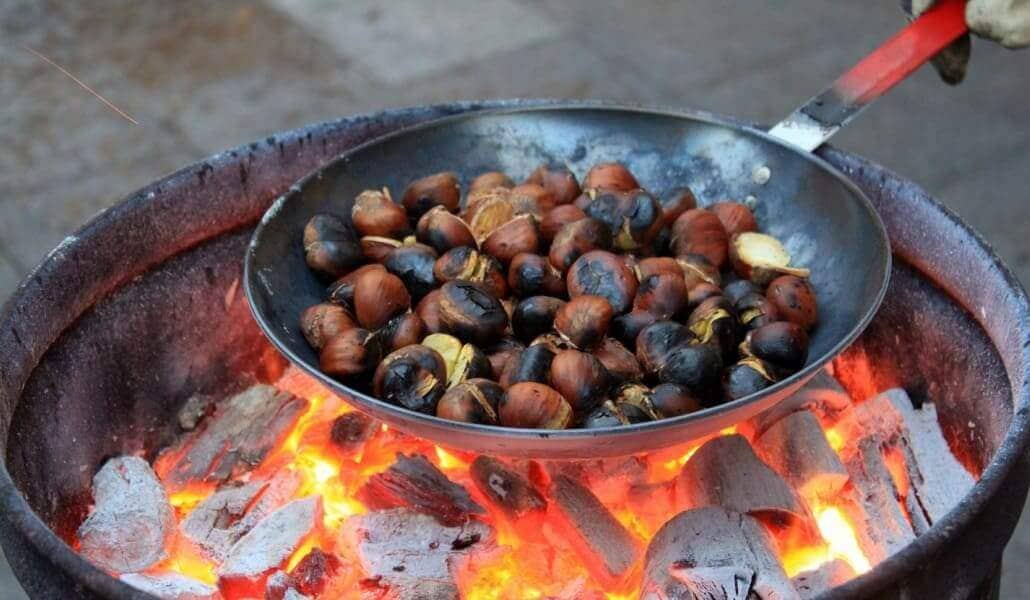 In Barcelona and practically all over Catalonia, La Castanyada is celebrated, a traditional festival that takes place on the night of 31 October, prior to All Saints’ Day. There are many popular festivals and also recreational activities for children to celebrate Halloween and the Chestnut. One of the places where there are workshops focused on these topics and live more intensely the party is in the Poble Espanyol, Barcelona.

The Castanyada is traditionally celebrated on the 1st of November, but lately the celebration has been moved to the vigil of this feast, to the night of the 31st of October. So at dinner, at dessert time, the chestnut is eaten, accompanied by a little sweet wine (Moscatel). The chestnut is the great protagonist since it represents the autumn. Gastronomically the Castanyada consists of a series of products: chestnuts, sweet potatoes, candied fruit, and especially the panellets. Panellets are small, round and very sweet cakes. The main ingredient is sugar and has many variants: ground almonds, pine nuts (the most typical), but there are also coconut, lemon and even chocolate.

Curiosity: The panellets have their origin in the eighteenth century, when they were used as blessed food to taste after religious celebrations: the Panellets de San Marcos and the Panellets de la Santa Cruz. On All Saints’ night, bells were ringing to the dead incessantly until dawn. The people helped the bell ringers to carry out this hard task, and in order not to fatigue themselves they consumed these highly energetic foods… the Castanyada.